Lady Gaga and R.Kelly perform bizarre rendition of ‘Do What U Want’ on Saturday Night Live 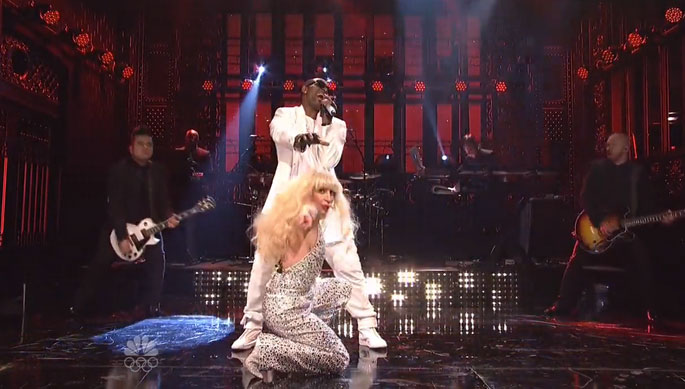 Lady Gaga took over hosting duties for US comedy show Saturday Night Live last night. Alongside acting in some of the show’s skits, she performed two songs from her new album ARTPOP including a surreal rendition of ‘Do What U Want’ with R. Kelly.

The title of the pair’s collaboration was taken seemingly literally with R. Kelly throwing the singer over his shoulder, spanking her and later on stradding her on the floor in a move that resembled doing push ups as much as it did “intercourse”. Watch the whole thing for yourself below.

Earlier this week R. Kelly announced details of his latest album, Black Panties, which will be out December 10.