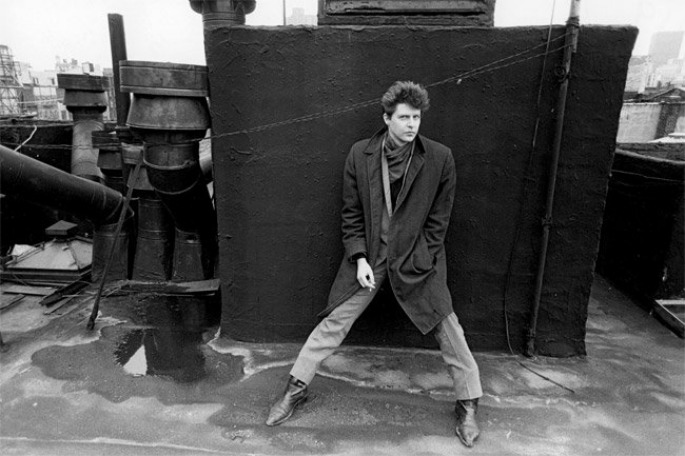 The debut album from experimental composer and No Wave exile Glenn Branca is returning to vinyl.

Branca’s key early release is, of course, 1981’s The Ascent – a thrillingly widescreen set of guitar-led experimental compositions, and one of our favourite twenty albums of the decade. His first solo effort, Lesson No. 1, pre-empted it by a year, and remains a startlingly assured first attempt.

Composed in the wake of his departure from No Wave outfit Theoretical Girls, Lesson No. 1 arrived on 99 Records in 1980. In contrast to the populous ensembles and tsunamis of noise found on later compositions, Lesson No. 1 is a modest effort, with the cast limited to six instrumentalists at most. A-side ‘Lesson No. 1 for Electric Guitar’ plays like a souped-up version of Reich-style minimalism, with waves of interlocking guitar noise laid over insistent rhythmic pulses. The B-side, ‘Dissonance’, is much more unruly and scattershot, and shares some DNA with John Zorn’s later screwball exercises with Naked City.

Lesson No. 1 got a key reissue back in 2004, hot off the heels of Acute’s The Ascension reissue package. Superior Viaduct’s new edition, however, will mark the album’s first vinyl foray since its original release. As well as replicating the original 1980 tracklisting, the 2xLP set will include a one-sided 12″ featuring contemporaneous track ‘Bad Smells’, which boasts guitar playing from the likes of Thurston Moore and Lee Ranaldo.

Lesson No. 1 will arrive on Superior Viaduct on January 21. The title track is available to stream below.