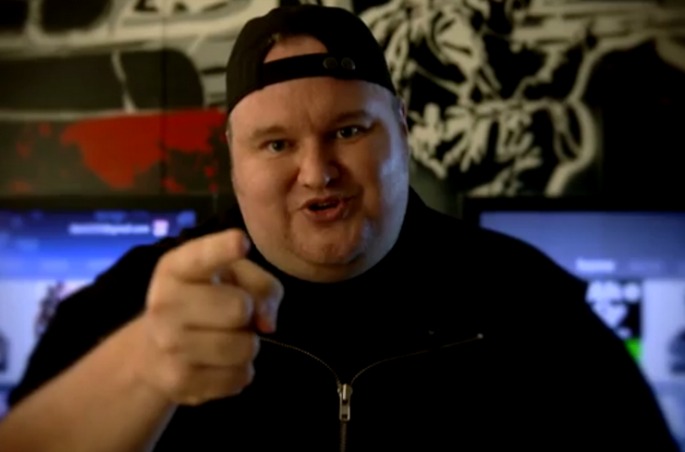 The kingpin of internet piracy says he’s gained “a lot of appreciation of the hard work” involved in making a record.

Internet entrepreneur-slash-criminal mastermind Kim Dotcom has revealed he plans to release his debut album in January at the same time as launching Baboom, an “iTunes-Spotify hybrid competitor” which allows artists to sell direct to their fans.

The Megaupload founder is currently fighting a major legal case against the U.S. government for running an “international organised criminal enterprise allegedly responsible for massive worldwide piracy”, but the rest of his time is spent setting up Baboom, building a cloud storage site called Mega, organising a new political party in his home country of New Zealand and, naturally, writing his debut album.

“It’s called Good Times and it’s electronic dance music — not techno. It’s basically like what the Black Eyed Peas do. It’s poppy dance music that you would listen to in the clubs,” he told Wired this week.

As well as hiring Black Eyed Peas producer Printz Board (who came to New Zealand for six months to work on the album, according to the magazine), Dotcom also called in JD Walker, producer of Cher’s recent hit ‘Woman’s World’. “I am working with guys who are at the top of their game,” said Dotcom.

“It’s really hard to make an album. I have a lot of appreciation of the hard work it takes artists to go from an initial idea, putting it together in ProTools, then getting it mixed and mastered. Most people listen to tracks that last three to four minutes and don’t realise that it’s sometimes one-and-a-half to two months of work per song,” the piracy pioneer said of his working process, with no apparent trace of irony.

Describing himself as the “architect” of the music, Dotcom also revealed that he’d contributed his own “crap” vocals to a few of the songs (“fortunately there’s a thing called Auto-tune”) and that his wife also sings on the record.

Baboom’s soft launch in January will feature a single artist page – Dotcom’s own – to introduce users to the site’s features. The full site will launch a few months later. Read the full interview in Wired.

Megaupload was shut down by the FBI at the beginning of 2012, accused of costing the film and music industries half a billon dollars in lost revenue.