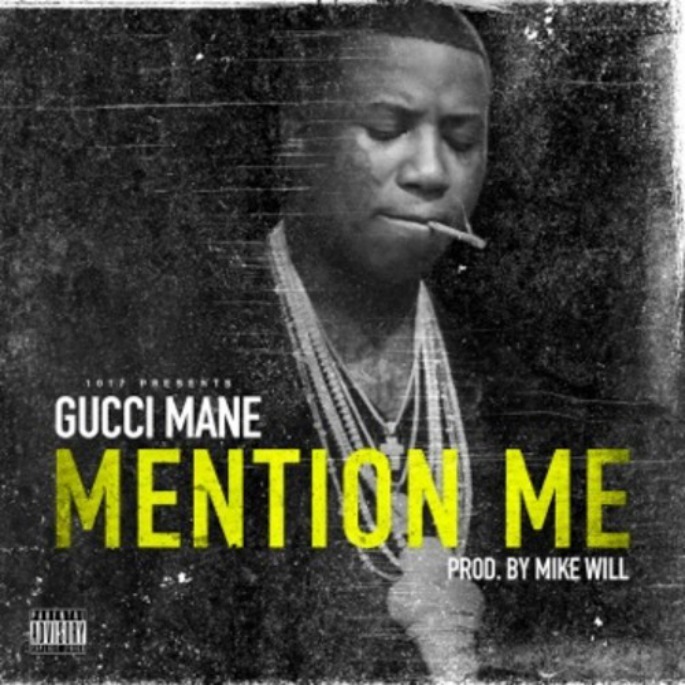 The jailed rapper liberates the first track from The State Vs Radric Davis 2.

Gucci Mane may be stuck behind bars right now, serving six months for violating his probation, but in a year of madness and meltdown he’s still managed to crank out a steady stream of product.

‘Mention Me’ is the first track we’ve heard from The State Vs Radric Davis 2, the mixtape due on Christmas Day, and it sees Gucci on self-congratulatory form (“How you mention hustlin’ / You ain’t mention me?”) over a low-slung rhythm peppered with fruity piano chords.

Production is courtesy of Gucci’s long-time collaborator Mike WiLL Made It, whose year has been as successful as Gucci’s has been disastrous as he racked up credits on enormo-hits like Miley Cyrus’ ‘We Can’t Stop’, Rihanna’s ‘Pour It Up’ and Ciara’s ‘Body Party’.

Back in September, Gucci’s public meltdown saw him beefing on Twitter with Waka Flocka Flame, Frenchie and Nicki Minaj, before issuing an apology for the lean-fuelled madness accompanied with a free album, Diary of a Trap God for free. Later the same week he was arrested in Atlanta for carrying a concealed weapon and weed possession, a probation violation which had him sent back to jail. He’s currently suing Waka Flocka Flame for fraud, racketeering and theft.