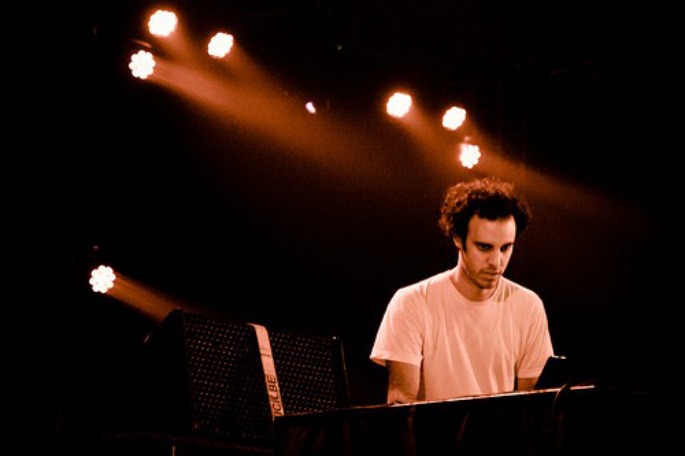 The next 12″ on Four Tet‘s Text label is a reissue of ‘First Born’, a lost garage single by the Crazy Bald Heads.

Many Four Tet fans will already be familiar with the single, as it features on his Fabriclive CD. Released in 1998, it’s a hard one to track down, with no copies on Discogs (for reasons detailed below), so this Text release provides it a welcome second life.

Here’s what Four Tet told us about the 12″, via email today (this will also be used as sales notes):

I bought the First Born 12” from the Sounds of the Universe record shop in Soho in 1998. It was a time when I was deeply excited about the new and experimental 2 step/garage records that seemed to be coming out every week and the people in the shop knew I’d want this when I came in. They told me the record had been dropped off by the kids who had made it that day and they were just selling it direct to shops. It came in a hand made sleeve with bizarre artwork for a garage 12” and the music on the record sounded incredible. A wicked shuffling beat with amazing chopped samples flying in and out all over the place. It was on quite a different vibe to the other garage records around and stopped me in my tracks. 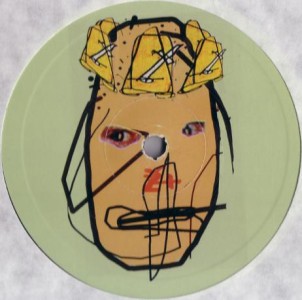 I told a couple of A+R guys I knew about the record because I really thought more people needed to hear this (pre internet situation) and this guy Ben really liked it and tried to sign the Bald Heads. He asked me to do a remix of First Born probably thinking they could reissue the 12” with the remix on and got the parts from them and I did the mix, and was told the Crazy Bald Heads were really happy with it. An acetate of the remix was made and given to Gilles Peterson who played it on his Radio 1 show. Then a while after that I heard from Ben that Crazy Bald Heads had decided to break up the group and they were done and the remix was shelved.

In 2011 I was asked to do a mix CD for Fabric and I wanted to use the original version of First Born and my remix on the cd. It seemed like a good chance to get it out there after all this time. However, we couldn’t find any of the Bald Heads anywhere at first to clear the track and no one knew anything about them. Some of the original garage DJs like Zed Bias remembered the record but no one had any contact details. I now realised that this was one of the weirdest and most unknown garage records from the late 90’s. Fabric managed to find one of the Bald Heads at the last minute though and the track was cleared and I was put in touch with him.

I met up with him a few months later and we spoke about the idea of a reissue to give this music some more life and because the original 12” is so rare, and now this reissue is finally ready. The three tracks from the original EP plus my remix from the time that wasn’t released. The reissue audio is from the original DAT but unfortunately the floppy disk with the original artwork on was corrupted.

TEXT027 will be released on January 27. Late least year, we asked Sunship, DJ Haus, Zed Bias, DJ Q and others to pick the garage records that they never felt got their due – you can read that feature here.