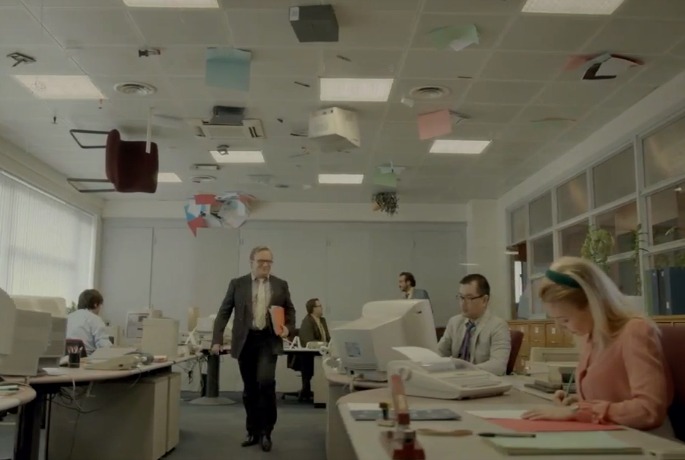 Chart-bothering siblings Disclosure have shared the video for their latest single, ‘Grab Her’.

Set in a dreary office where workers are plagued by spontaneous anti-gravity issues and maniacal colleagues, the bizarre clip ends with a urine-soaked toilet scene and a thwarted handshake. It’s not Ingmar Bergman or anything, but it’ll definitely take more than one viewing to sink in. Watch the video above.

Last year the duo’s video for ‘Help Me Lose My Mind’ was pulled after just a few hours following complaints that its scenes of pie-eyed teenagers out clubbing seemed to glamorise drug use – an accusation they rejected.