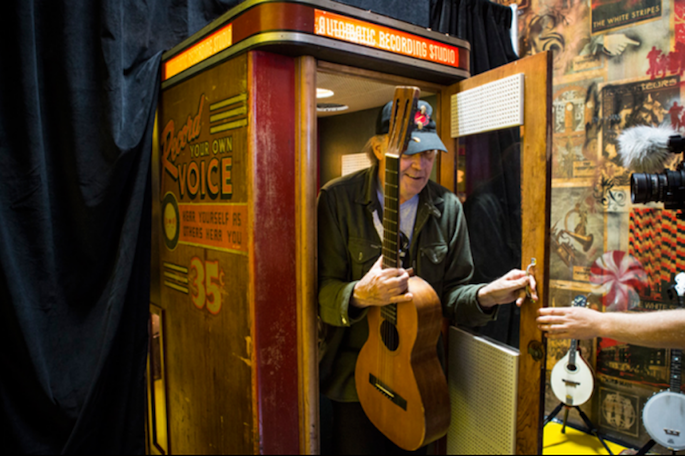 Could this be one of the two projects Jack White says he’s working on?

Music journalist Michael Goldberg reports that Neil Young and Jack White have recorded an entire album, due out via White’s Third Man Records and possibly Warner Bros. In December, a Neil Young fansite said that the project is an album of covers that “pays tribute to other renowned singer-songwriters. There are 12 tracks on it. There are no Neil Young originals…”

Goldberg suggests that the album will include Bert Jansch’s ‘Needle of Death’, Phil Ochs’ ‘Changes’, Bob Dylan’s ‘Blowin’ in the Wind’, Gordon Lightfoot’s ‘Early Morning Rain,’ Ivory Joe Hunter’s ‘Since I Met You Baby’ and Tim Hardin’s ‘Reason To Believe’. Young played some of these songs at a 2013 Farm Aid concert, and he recorded ‘Needle of Death’ in White’s Voice-o-Graph booth at last year’s Record Store Day. [via CoS]