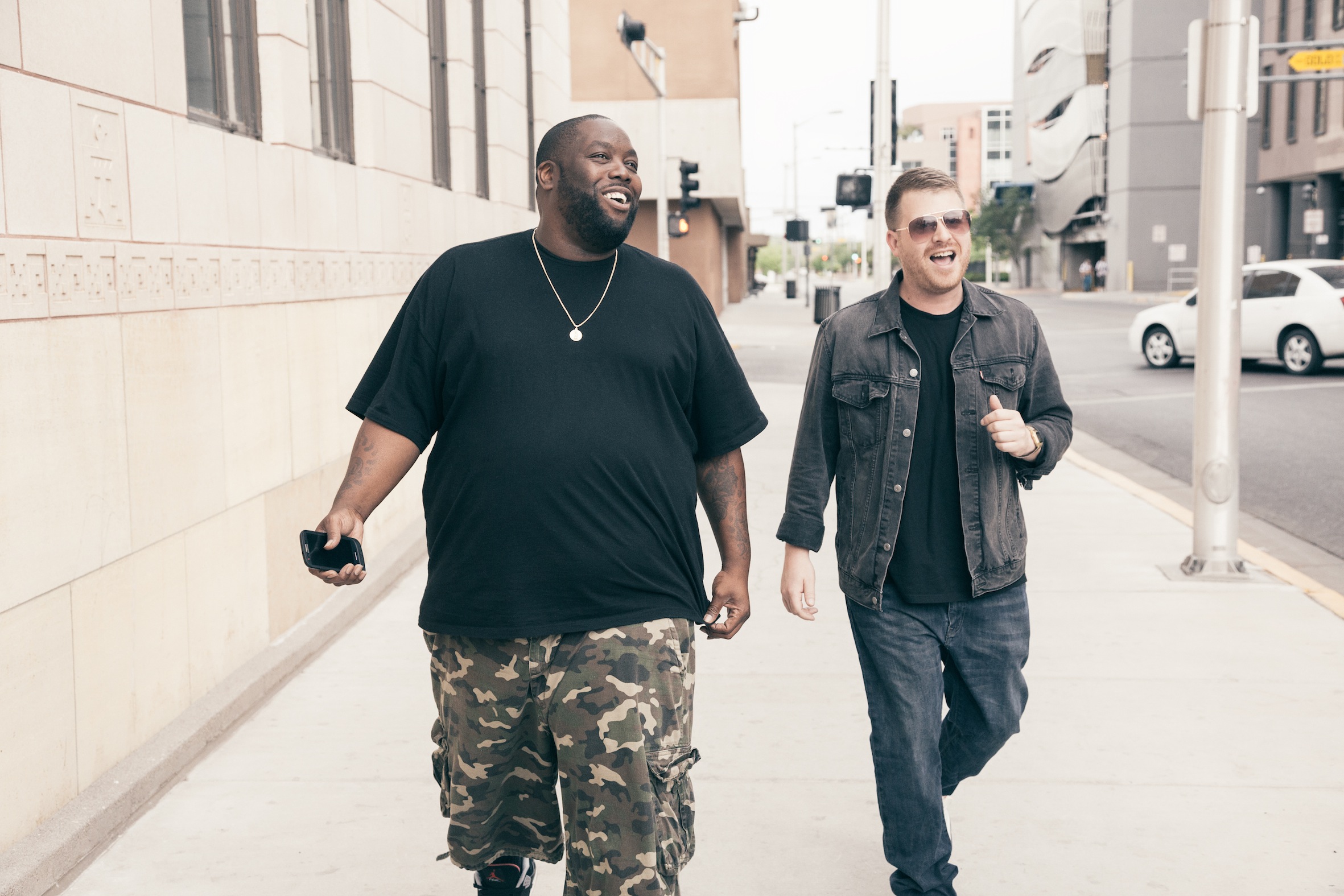 And I walk around like I got a 36 inch chain. Again.

Earlier this week Big Dada re-released El-P and Killer Mike‘s self-titled debut as Run The Jewels, one of 2013’s most acclaimed rap albums.

The album was originally released by Fools Gold in the summer of 2013 as a free download and various physical bundles. This new Deluxe European edition includes three new tracks – the DJ Qbert-featuring ‘Pew Pew Pew’, a Dave Sitek remix of ‘Sea Legs’ and a Blue Sky Black Death remix of ’36” Chain’ – as well as new artwork, a full colour vinyl LP, a 12″ with bonus material, previously unrelreased instrumentals, a deluxe CD version, a new t-shirt and a silk screen poster. The Big Dada version is available in a variety of bundle formats directly from their site, while the digital version of the album is now available on iTunes.

Seeing as how FACT was one of the first UK-based publications to feature the duo – back when we asked them some silly questions – Big Dada have kindly given us the premiere of the Blue Sky Black Death remix of ’36” Chain’ which you can hear below.

Look out for more RTJ in 2014 with a second album already done and more live dates.