Pharrell to perform at 2014 Brit Awards 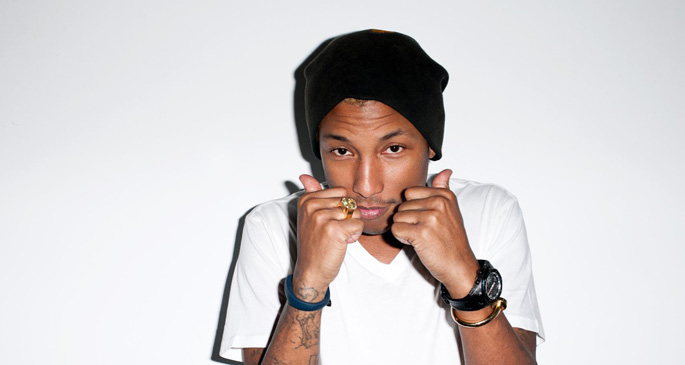 Pharrell will touch down in the UK next month to perform at the Brit Awards ceremony, which takes place on February 19 at London’s O2 Arena.

The undisputed man of 2013, who sold over two million singles with Daft Punk’s ‘Get Lucky’ and Robin Thicke’s ‘Blurred Lines’, said: “I always look forward to seeing the artists that come together on the Brits stage. I’m so humbled by this opportunity – performing at the awards will be surreal.”

The ceremony will also see performances from Katy Perry, Ellie Goulding, Bruno Mars, Bastille and Rudimental. Interestingly, Arctic Monkeys will open the show, despite snubbing the awards in previous years by delivering mocking acceptance speeches or not turning up at all. Disclosure lead this year’s Brit nominations, with nods in four categories.

Pharrell is currently at number one in the British hit parade with ‘Happy’, a track that’s already sold half a million copies, and he’s just been nominated for an Oscar for the same song. His forthcoming solo album is said to be about “the difference between [age] 30 and 40″ and will feature “no rapping”.