Forgotten Classics: Morane’s ‘Let Me Out (No, There’s Nobody In The Cellar Mix)’ 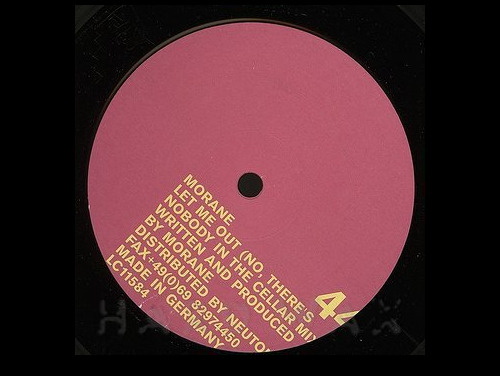 I remember getting this record when I was at college, and this movie had come out – this Spanish film, kind of an art-house movie – and there’s this little boy locked away in this barn, this shed or something. But then a week later this record came out, and it’s this crazy, orchestral, insane record, and it’s probably one of the lowest-selling records ever on Perlon.

This was like a weird pop phase for the label, but this tune really went under the mark – no one really knows it when I talk about it. It starts off really experimental – it starts with this squeaking loud noise and distortion, and then this really soft, naive German boy… ‘let me out, let me out, won’t you please, let me out…’. It just builds and builds and builds. It’s a great tune!”