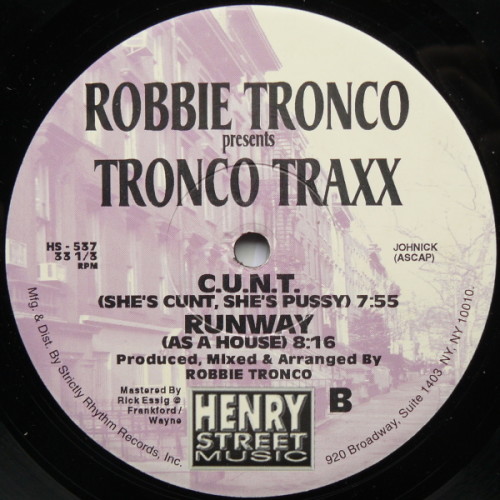 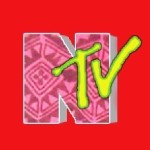 “Tronco Traxx, aka producer Robbie Tronco and MC Thomas Biscardi, are already pretty well known within old school house and voguing circles for the tracks ‘Walk 4 Me’ and ‘CUNT (She’s Cunt, She’s Pussy)’, both of which laid a foundation of sorts for modern ballroom, even though they’re from the mid-90s. The raw 909 beats and campy-but-cutting vocal chants, incorporating a lot of gay/black/drag slang and runway instructions, are elements that are still very prevalent in the genre today.

“I love both of those tunes but ‘Runway (As A House)’ is Tronco’s forgotten classic in my eyes. It uses the elements I’ve described above, but adds a bit more sheen, and most importantly of all, it uses the infamous “HA” sound that has become synonymous with ballroom, vogue femme dance styles and the signature “dip” move. The “HA” sound was originally used by Masters At Work in 1991’s seminal ‘The Ha Dance’, and can still be heard all over ballroom nearly 25 years later, most notably on MikeQ’s ‘The Ha Dub Rewerk’d’ on Fade To Mind, and Kingdom’s ‘Stalker Ha’. In fact, you can go on SoundCloud now and search “HA” and get practically any track ever remixed with a Ha in it. It’s almost reaching Bmore levels.

‘Runway As A House’ was originally released in 1996 [note: the art above is from the 1997 reissue], making the use of that particular re-sample very forward thinking. I can’t be sure, but I would hazard a guess and say that ‘Runway…’ was actually the first track to re-sample ‘The Ha Dance’. It still bangs to this very day, fitting in very neatly with modern ballroom and house tracks, and you’ll pretty much always hear it in my sets, along with ‘Walk 4 Me’ and ‘CUNT’.”