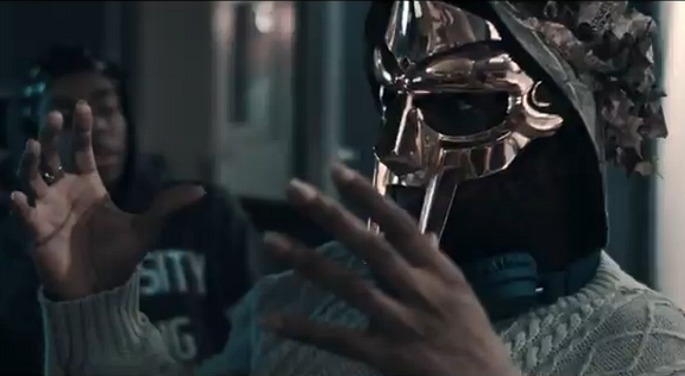 Go behind the scenes on Nehruvian DOOM.

Hip hop super-villain DOOM revealed last summer that he’d teamed up with teenage NYC rapper Bishop Nehru for a new project on Lex, and it looks as if the collaboration is faring better than the other DOOM projects currently stuck in limbo (too bad, Madlib).

A new mini-documentary by XXL confirms that the 17-year-old Nehru has been grafting hard with his mentor. The rather misleadingly titled Behind The Mask – DOOM naturally keeps his face obscured throughout – encounters the two rappers in the studio as they continue work on the forthcoming album Nehruvian DOOM.

The pair chat about how they started working together and their respect for each other’s craft, which is especially sweet when it’s DOOM bigging up the tenderfoot Nehru. Watch it below, and catch up with FACT’s interview DOOM. [via Potholes]

Nehru will be on tour in Europe next month, starting at Bla in Oslo on March 19 and ending up at London’s Ace Hotel on March 29. He’ll also support Earl Sweatshirt at shows in London (March 23) and Manchester (March 25).

Watch Behind The Mask: