Hyperdub release full details of Fatima Al Qadiri’s Asiatisch. It features a cover of ‘Nothing Compares 2 U’. 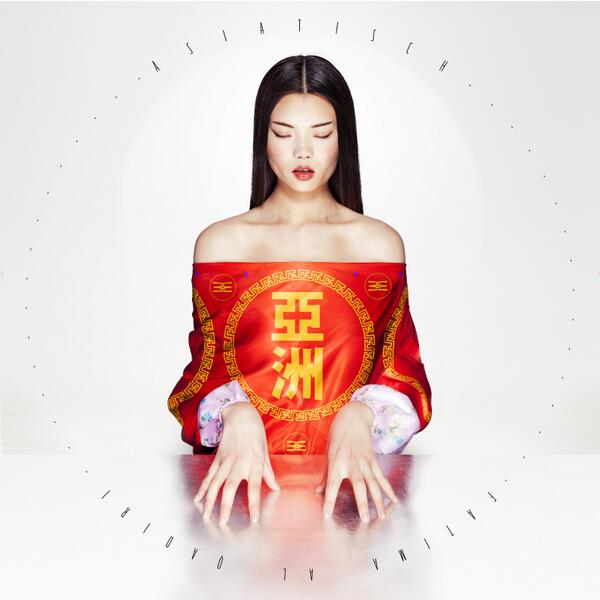 This May the New York-based, Kuwait-bred musician will follow a slew of EPs on labels like UNO NYC and Tri Angle with Asiatisch, her debut album. The album, we’re told, is “a homage to that quietly influential sub-strain of grime often loosely termed ‘sinogrime'” – a breed of grime preoccupied by Asian motifs and melodies, as seen on Jammer tracks like ‘Chinaman’.

Oh, and the opening track is a cover of ‘Nothing Compares 2 U’. Seriously.

Fatima’s debut album is called ‘Asiatisch’, and as the track titles suggest, the record provides a simulated road trip through an imagined China. Musically, the album is a homage to that quietly influential sub-strain of grime, often loosely termed ‘sinogrime’, due to its preoccupation with Asian motifs and melodies, and pioneered by the likes of Wiley and Jammer at the beginning of the 2000s in East London.

‘Asiatisch’ is a provocation which asks more questions than it answers. The title is the German word for Asian. Unlike its title, however, the music on ‘Asiatisch’ revolves around the fantasies of east Asia as refracted through pulpy Western pop culture, in particular, Hollywood, literary fiction, music, cartoons and advertising.  Fatima asks what is meant by the term ‘Asian’ in a digital age of viral interchange and the hi-speed trading of cultural bytes, the concept of ‘shanzhai’ proves pivotal, a term whose meaning stems from a wild, out of control zone of banditry, but which has come to be used to refer to the Chinese counterfeiting of Western brands and goods.

While ‘sinogrime’ has had many copyists over the last few years, ‘Asiatisch’ is really the first record that attempts to articulate this weird complex of sonic interchanges between the West and China. With the exception of the opening track, ‘Shanzhai’, a haunting cover of ‘Nothing Compares to You’ with nonsensical Mandarin lyrics, and the shimmering ‘Loading Beijing’, ‘Wudang’ and ‘Jade Stairs’ which sample and distort classical Chinese poetry staging an epic confrontation between China’s ancient soul and the onslaught of the industrial factory machine, most of the tracks blend mallets, bells, gongs, flutes, steel drums and choral atmospherics with the searing synth-brass and the skittering drums of grime, playing melodies that are inflected as much by classic R&B as to synthetic versions of traditional Chinese music. On “Dragon Tattoo” for example, stereotypical iconography of imagined China is slotted into a threatening, robotic R&B format. The carefree pirating of Western brands blurs into a soft-synth pirating of Chinese musical signs.

Hyperdub will release Asiatisch on May 5. For an introduction to Al Qadiri look no further than Chris Kelly’s interview for FACT, and her 2011 FACT mix as Ayshay.