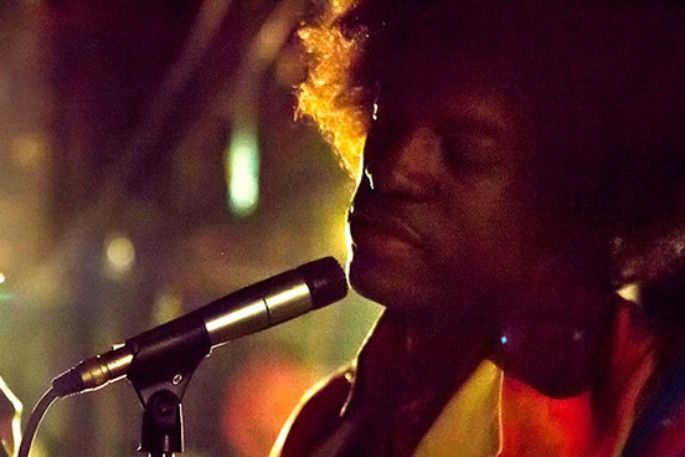 Before he hits the road with Big Boi, catch Three Stacks as Jimi Hendrix.

The long-gestating bio-pic All is By My Side will make its debut this weekend at SXSW. For those not headed to Austin, a brief preview clip has surfaced.

In the clip, Andre’s Jimi chats with Linda Keith (played by Imogen Poots), Keith Richards’ one-time girlfriend and the woman who discovered Hendrix in New York and brought him to London. Judging by this interview, we’d say he does a pretty good impression of Hendrix’s voice.

All is By My Side is directed by Academy Award winner John Ridley, but without a seal of approval from the Hendrix estate, Andre’s Jimi is limited to covers of songs by Muddy Waters, Elmore James and The Beatles.