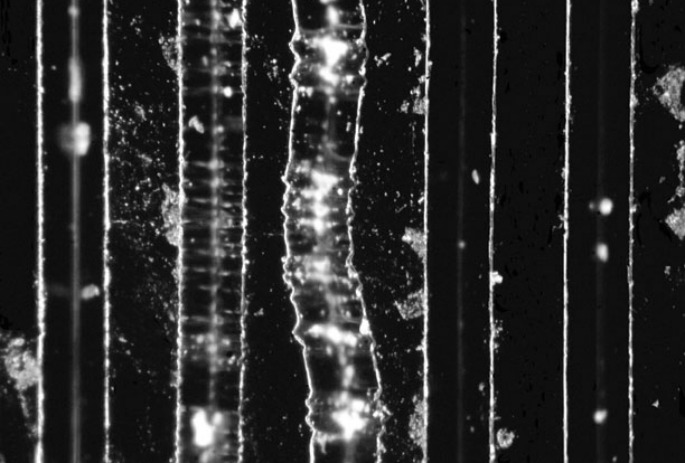 Billed as “an exhibition about imperfections”, Yesterday, Today, Tomorrow, Forever zooms in on records from Jackson’s personal collection to show the grooves on a microscopic scale and reveal the scratches, stains and smears inflicted over decades of use.

The large scale graphic prints are being shown together publicly for the first time at the 12Mail/Red Bull Space Gallery in Paris, France – watch a video teaser for the exhibition below.

Jackson has also created a 30-minute soundtrack for the show using tiny samples from the recordings on display (including Public Enemy, The Beach Boys, Fingers Inc and Jean Michel Jarre). The music was pieced together with “an EMU SP1200, eight channels direct to 1/4 tape, entirely manipulated with hardware effects live,” according to Jackson.

The soundtrack will be released as a limited edition vinyl single to coincide with the exhibition, but as a treat for FACT readers, we’re making one side of the record available as an exclusive free download from the Soundcloud below.

Watch a video teaser for the show: