“You know what else is red and blue? Blood.”: Pharrell on why Hillary Clinton will be America’s next President 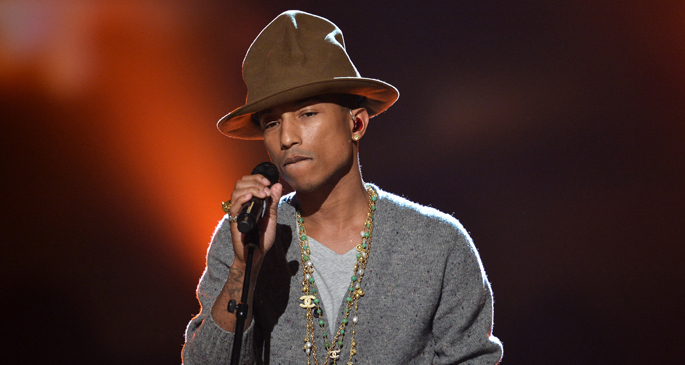 She wants to move.

Pharrell Williams has had his hand in so many chart hits that it’s difficult not to think he’s got access to some kind of higher knowledge, and now he’s turning that mystical prescience to U.S. politics. In a recent interview with Rolling Stone, Williams revealed that he thinks that Hillary Clinton will win the 2016 Presidential race, and, like an eager student preaching to a choir of his baked peers in a Burlington dorm room, he has some pretty radical theories as to why.

“Everywhere you go in this country, you have red and blue. You got the Democrats; you got the Republicans. You got the Bloods; you got the Crips. Everything is red and blue in this country. You know what else is red and blue? Blood. Blood is blue in your body until air hits it, and then it turns red. That means there’s unity. There’s gonna be unity. So when you think about a night where there’s late-night talk-show hosts and it’s mostly women, that’s a different world. Right? A world where seventy-five percent of the prime ministers and the presidents were women: That’s a different world. That’s gonna happen, and it’s gonna happen when Hillary wins.”

He didn’t stop there either, offering some choice thoughts on the pro-choice movement:

“No matter how staunch of a supporter you are of no-abortion, whatever you are: You’re a woman, and there’s no way in the world you’re going to vote for somebody that’s going to try to tell you what to do with your body. When we are a country and we are a species that has had a martian Rover traveling up and down the crevices of this planet looking for water and ice, okay, and we’ve had a space station that’s been orbiting our planet for 16 years—but we still got legislation trying to tell women what to do with their bodies? Hillary’s gonna win. Listen, I’m reaching out to her right now. She’s gonna win.”

We’re guessing that after reading FACT’s scathing review of GIRL, Pharrell decided he needed to reconsider his options and start considering a new career in D.C.