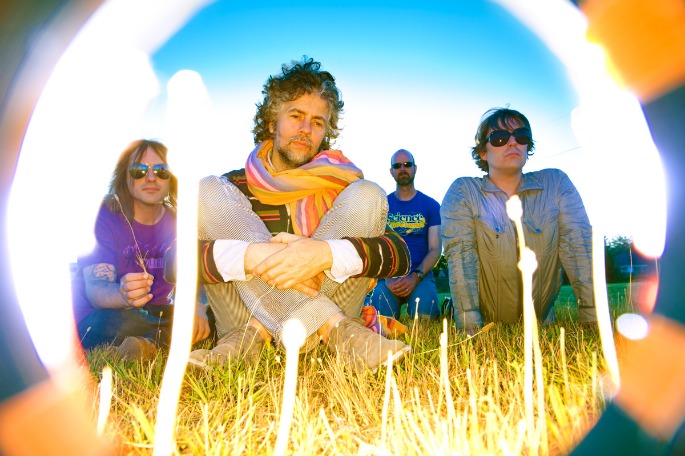 Flaming Side of the Moon gets a surprise release.

In terms of ambition at least, Wayne Coyne’s band of rock outsiders could be considered one of the modern-day descendants of prog titans Pink Floyd, whether they’re recording albums in experimental surround sound or bestowing fans with chocolate skulls.

So it makes some weird sense that following their full-length cover of Pink Floyd’s The Dark Side of the Moon, The Flaming Lips’ latest project is a companion album to the Floyd’s 1973 opus that’s intended to be played at the same time as the original.

The band say it’s been “carefully crafted to sync up perfectly with the 1939 film, The Wizard of Oz“, which, as prog geeks and stoners will know, is a spooky thing that Pink Floyd’s album does. Listeners are also encouraged to match up Flaming Side of the Moon with the original Alan Parsons engineered quadrophonic mix of Dark Side of the Moon.

The album is available online now, and a limited vinyl pressing of 100 will be given to the band’s friends and family. Hear it in full below. [via Pitchfork]

Update: Okay, so the whole thing was an early April Fools Day prank (we reckon they’re missing the point of it being, er, a day) and is tied into a Funny-or-Die April Fools web series. We’re bored now, but if you fancy reading more about the hilarious stunt make sure you head here.