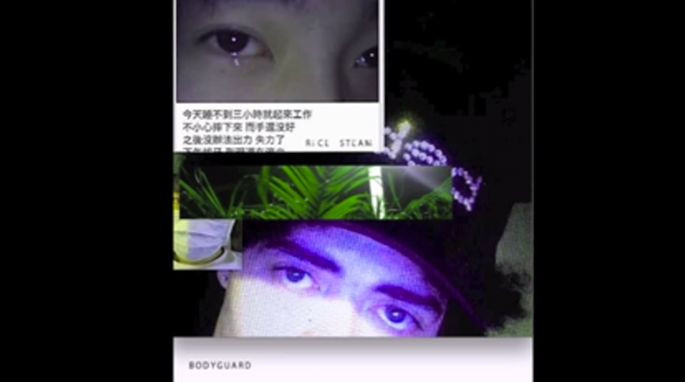 James Ferraro dusts off his black shades and bulletproof vest.

In the wake of his last album – the not-exactly-bombastic NYC, Hell 3:00AM – James Ferraro has, like any good Eno acolyte, been busying himself making music in airports and music for elevators. Now, it appears, he’s reactivated the BODYGUARD project, responsible for 2012’s bummed-out Silica Gel mixtape.

A spooked new track, titled ‘WĒNQUÁN (EXCERPT)’ has appeared on YouTube under the guise of a new Ferraro account, BODI WĒNQUÁN. Interestingly, the accompanying blurb – “TBA 2014 OFFICIAL” – suggests that a BODYGUARD record proper is on the way later this year.

As for the track, it’s very much in keeping with the sort of eerie sino-electronica currently being pushed by Fatima Al-Qadiri and chums. Click below to listen. [via Dummy]