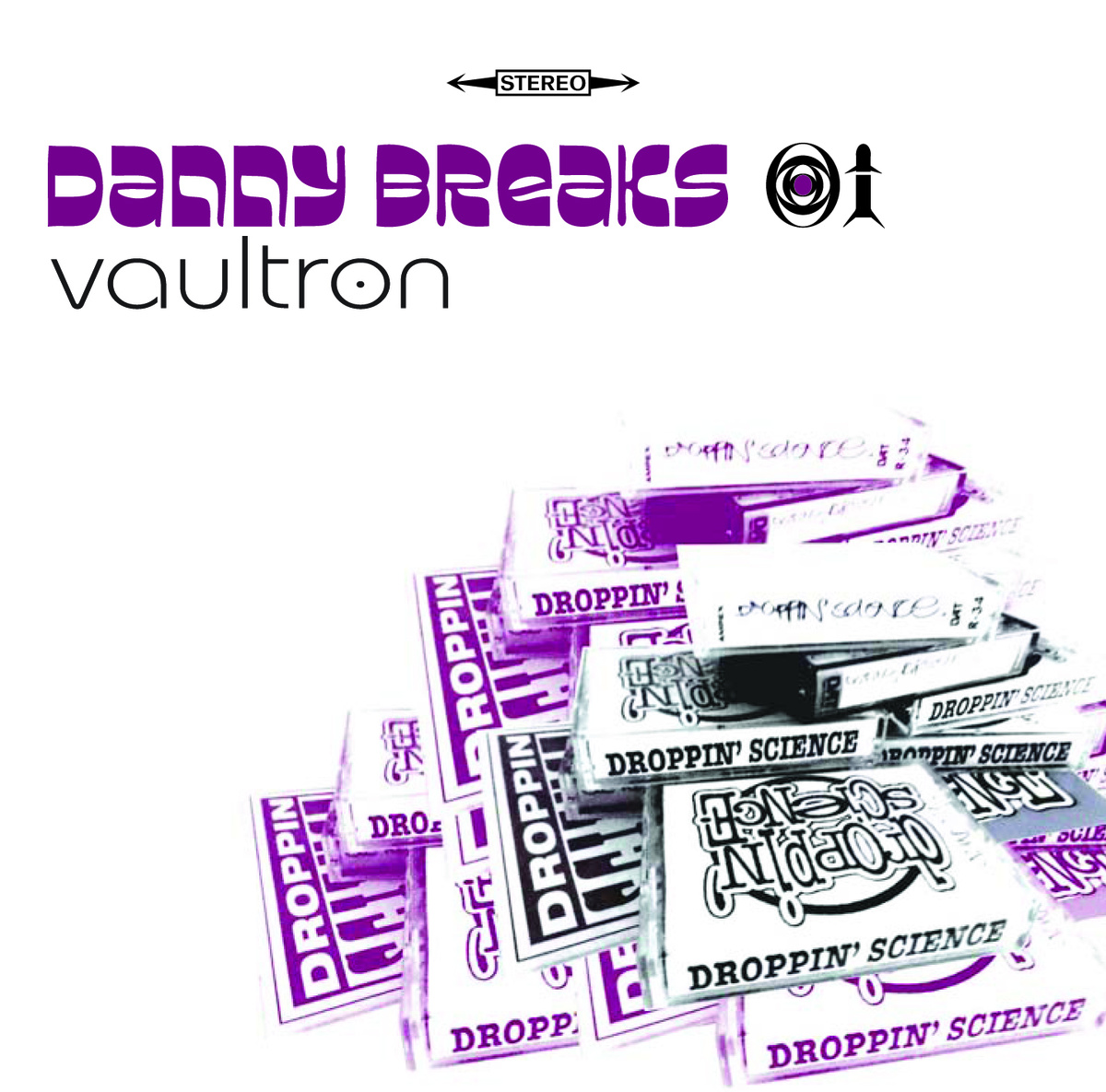 These are the breaks.

20 years ago (well 21 years if we’re being historically accurate), Danny Breaks launched the Droppin’ Science label, off the back of his success as Sonz of a Loop Da Loop Era.

The label was originally intended to feature a short string of numbered Volumes, as an homage to the pioneering Lessons by Double D and Steinski, but ultimately carried on with a string of releases from Danny Breaks (who took the Volumes series up to 10), Mark Pritchard, Dylan and EZ-Rollers among others during a decade that was arguably drum n bass’ heyday.

To mark the anniversary Danny Breaks has spent the best part of the last year sifting through old DAT tapes to put together a sizeable compilation titled Vaultron. It features 12 tracks previously only available on vinyl and another 14 that are unreleased dubplates, versions and beat tapes. The whole thing is topped off with two bonus cuts recorded between the end of the Sonz of a Loop Da Loop Era project and the beginning of Droppin’ Science.

Talking about those bonus cuts, Breaks explained that: “Mix wise they are a bit strange but people have been asking for them so I figured the best way was to have them as bonus tracks. The reverb on the amen break is ridiculous, I had just bought a new fx unit at the time and thought that big reverb on amen would make BIG AMEN… It didn’t! And I wish I hadn’t put the siren on the other one, hindsight etc…”

The release will be available digitally via all online shops from May 19 but for now you can order a specially hand-made CD version directly from Danny Breaks via his newly setup Bandcamp page, which also includes the Vibrations and Volumes albums.

For more on the man’s legacy, be sure to read our recent Essential Danny Breaks which picks out 10 productions from his 23 years in the game, from rave classics to underground instrumental anthems.