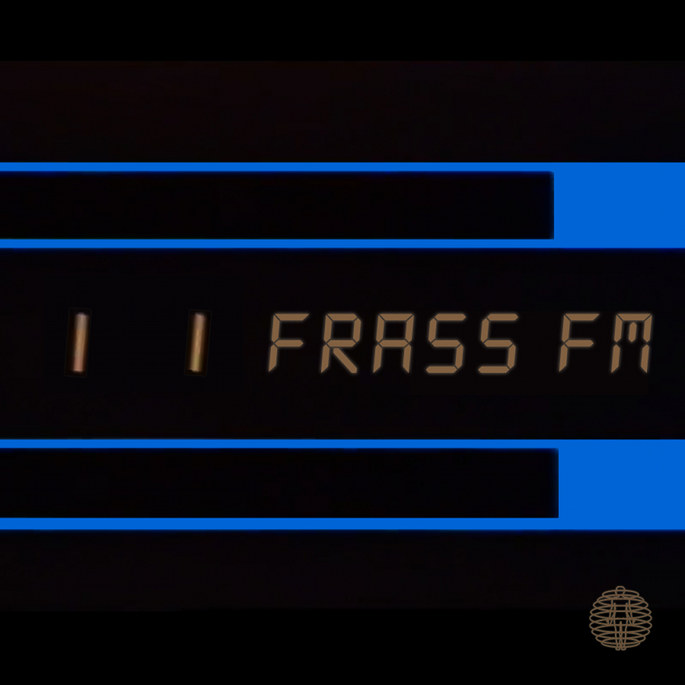 Launched in 2013, Jon Phonics formed Astral Black to release a cassette of his own material, titled Rugers.

Astral Black’s next step is a free compilation, Frass FM, which features material from said friends – the aforementioned Inkke, Jaisu and Opal Block all appear – as well as DJ Milktray, Strict Face, Budgie and more. We’re premiering Frass FM below (it’s also available to download on Bandcamp), accompanied by an short interview with Phonics.

If you’re London-based, you can catch Astral Black at the Alibi on Saturday May 3, with sets from Budgie, Milktray, Jaisu, Inkke, Jon Phonics and more [flyer below].

Tell us about Astral Black – how it started and what your original intentions were.

Astral Black was originally just a name I used to self release my Rugers cassette, the response I got off the back of that was really positive and I wanted to do the same for some friends of mine who were making music too but weren’t really getting the attention that i felt they deserved. I kind of thought, if we did enough cassettes we’d eventually be able to afford to do some records and I guess that’s where we’re at now. 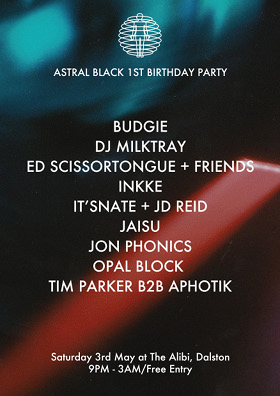 What’s the name come from?

I have to big up Joe Aphotik from Tempo Clash for the name actually, we were living together in Brixton at the time and I was toying around with a few astral-based ideas, one morning Joe poked his head round my door and was like ‘here, you should call your label Astral Black – like Quasimoto but also, that astral projection stuff you’re into”. I was like “yes boss, that sounds dead chic that” and ran with it.

You seem to have quite a tight ring of artists, like you all know each other in real life as opposed to just being a bunch of dudes off the internet.

For sure, i’ve known Budgie, Jaisu & Opal Block for about eight years now and met Inkke about three years ago through S-Type. Through the both of them I met DJ Milktray last summer and once he started doing music it just made sense for him to be a part of it. I guess the intention is for Astral Black to be more of a home for everyone than just a label, we all release music elsewhere but i’d like to think we all rep Astral Black whilst we’re doing it. A kind of strength in numbers thing.

Tell us about the compilation, and what’s coming up on the label.

Frass FM is a collection of new and exclusive tracks from the roster, people who have played at the party in our first year – Slugabed, Esgar, Alphabets Heaven, Sivey – and artists that we’re particularly feeling and would like to do more work with in some capacity in the future – K15 & Strict Face. It’s a snapshot of where the label is at just now and our little way of saying thanks to everyone who’s supported us so far.

We’re gonna be a little quiet release-wise over Summer whilst we all write some new music and play some shows. The next release is a Budgie EP, which will hopefully be out around August, there’s also a DJ Milktray EP on the way of his original productions and we’re working on a Jaisu EP that will hopefully have some vocal features, but that takes a little time to pull together and get right.

Other than that, we’re starting a new club residency in Glasgow that we’ll be announcing details of soon and just staying as busy as possible.