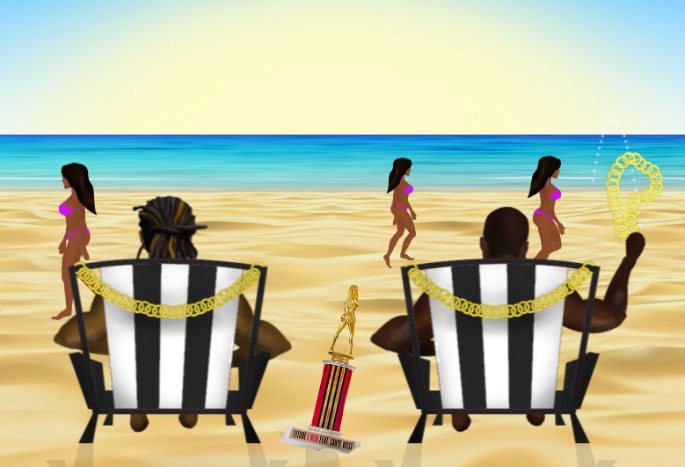 Throw gold chains at bikini babes to win the game!

Future’s new single ‘I Won’ sees the Atlanta auto-crooner joined by Kanye West for a materialistic ode to their beloveds with lyrics that compare them to trophies (sample: “I wanna dip that ass in gold”).

To promote the song and the album it’s taken from, last month’s Honest, Future has now pointed fans in the direction of a laughably tasteless browser game, the objective of which is to hurl gold chains at passing bikini-clad women in order to turn them into trophies.

Do we even need to say anything?

Try it out at IWonTheGame.com (it’s seriously buggy in Chrome, so you may need to switch browsers).

Back in the real world, the rappers’ respective trophies are about to give birth any day now (Ciara) and preparing for the wedding of the century (Kim K). Find out what FACT’s Chris Kelly made of Honest in his review.