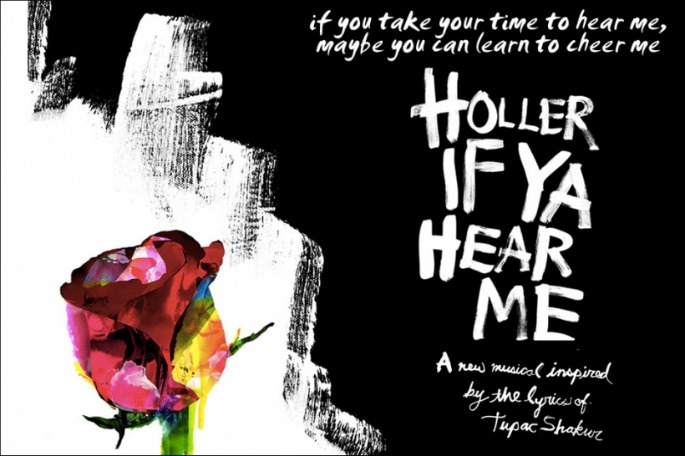 Introducing the weirdest version of ‘California Love’ you’ll ever hear.

Holler If Ya Hear Me, the Broadway musical based on the songs of Tupac, is due to premiere on 19 June at the Palace Theatre in New York. To pique fans’ curiosity, the cast have unveiled three tracks from the performance – ‘Holler If Ya Hear Me’, ‘California Love’ and ‘Unconditional Love’. You won’t have heard gangsta rap quite like this before.

Meanwhile, Tupac’s last words were recently revealed by the police officer who was first on the scene at the fatal shooting. The long-awaited Tupac biopic is also expected in the next year or so, helmed by Boyz In The Hood director John Singleton and featuring music by Ashanti. [via Rolling Stone]