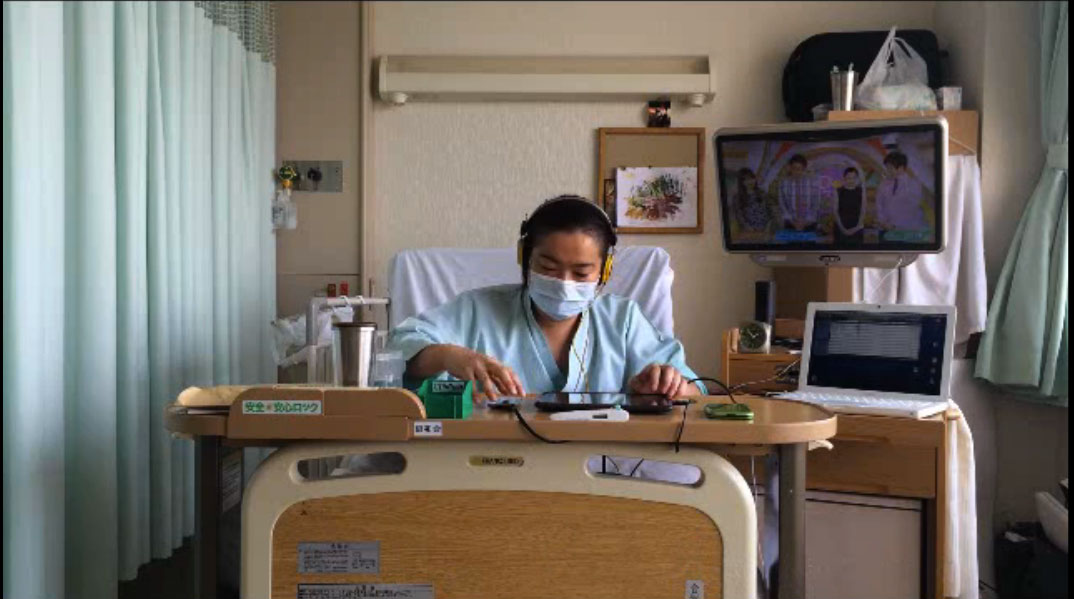 The only limitations are those you set for yourself.

This past Aprli we covered the fascinating and sad story of Tatsumi, a Japanese monk who is also apt at scratching, beatboxing and skateboarding.

Tatsumi was one of the central characters in the documentary KanZeOn, a meditation on buddhism and sound, that has been praised for its unique angle and storytelling. Earlier this year the makers of the documentary reached out to let us know that Tatsumi had completed an album, a staggering journey through eletronic music, as well as sharing the news that he had been diagnosed with a serious illness.

Following on from Joe Muggs’ interview with Tatsumi, we have a video preview of a mix he completed while in hospital, performed entirely from his bed. The mix is intended as a thank you for all the support Tatsumi has received so far. Despite its setting the video also affirms it is possible to stay upbeat while undergoing chemotherapy. And as a comical side note, apparently on the other side of the dividing curtains you can see in the video were three men in their 80s wondering what the hell was going on.

You can watch the mix preview below and head over to Soundcloud to stream and download it. There is also a full length video of the mix, which you can watch here.

In addition you can also stream and download an exclusive non album track, ‘distance’, beneath the video. Tatsumi’s album, Travel Through Worlds is released on Bandcamp on June 21st. There are already two album tracks available if you want to hear more.