Watch a tour diary from all-star footwork crew The Era

Behind the scenes with Chi-town’s best movers.

The Fader have premiered a tour diary following footwork dancers from The Era, an all-star crew comprised of the cream of the crop from Chicago’s Red Legends and Goon Squad cliques.

In the short film, Litebulb, Chief Manny and more show off their skills at Lit City Trax’s recent RBMA show and pay their respects to departed Teklife genius DJ Rashad. The second vid shows the crew practising in the street – consider it an advanced tutorial for anyone who’s managed to complete this handy guide to the basic steps.

The Era are currently on tour with DJ Spinn in Europe, with shows at Dour Festival in Belgium and Glastonbury in the UK coming up – see the full list of dates below. Spinn appeared in another footwork documentary recently alongside his DJ buddy Rashad. 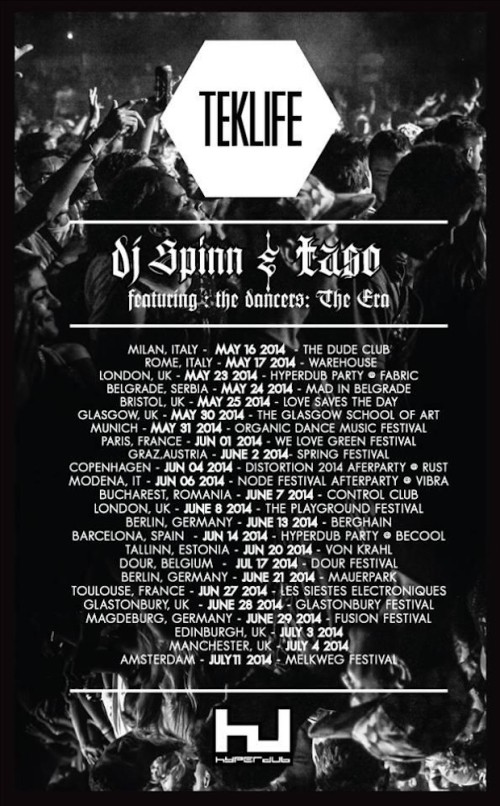