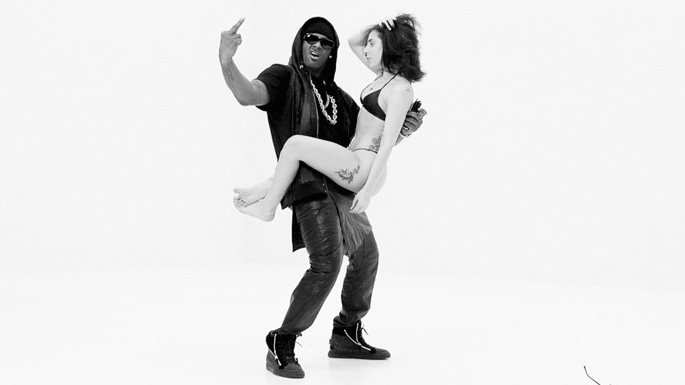 An anonymous source says “It was literally an ad for rape.”

Earlier this year, Lady Gaga scrapped a video for her regrettable R. Kelly duet ‘Do What U Want’, blaming time constraints and claiming she had been “betrayed and gravely mismanaged.” Now, it appears that controversial collaborators led to the video being canned.

As if releasing a song wherein Gaga tells an alleged child rapist to “Do what you want / What you want with my body” wasn’t bad enough, the video was shot by photographer Terry Richardson, who has also been accused of sexual harassment and abuse.

According to the New York Post, the video was shot in September with a release planned for December. In the clip, Kelly plays a doctor to Gaga’s patient, telling her that “I’m putting you under, and when you wake up, you’re going to be pregnant.”

Another source added: “Gaga had a video directed by an alleged sexual predator, starring another sexual predator. With the theme, ‘I’m going to do whatever I want with your body’? It was literally an ad for rape.” TMZ has released a clip of the video, which you can watch below.