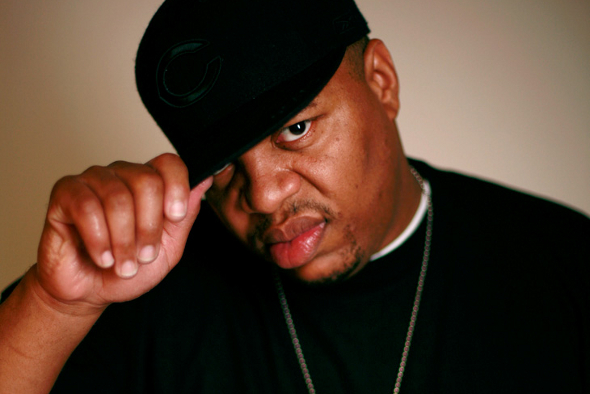 New EP in the (bangs and) works for the Chicago veteran.

Slugo is a crucial figure in Dance Mania’s ghettohouse phase, first gracing the label with 1995’s pneumatic ‘Like It Raw’. Prior to the label’s pause in operations circa 2000, he put out 15-odd release under the Dance Mania banner, and he’s continued to knock out releases ever since, (the last we heard from him was an unlikely drop on Australia’s Thug Records in 2013).

As Resident Advisor report, Slugo’s latest release will arrive on Other People, the new-ish “serial label” helmed by Nicolas Jaar. The King of Ghetto House EP will be Slugo’s first release since 2010, and pulls together four tracks that Slugo has been playing out in the intervening period.

King of Ghetto House will take the throne on June 30. For more background on Dance Mania, peep our oral history of the label, featuring interviews with the imprint’s major players. Alternatively, tuck into our The Essential…Dance Mania feature.