News I By Paul Nickerson and Francis EnglehardtI 10.07.14

Slow to Speak’s guide to the greatest forgotten summer jams 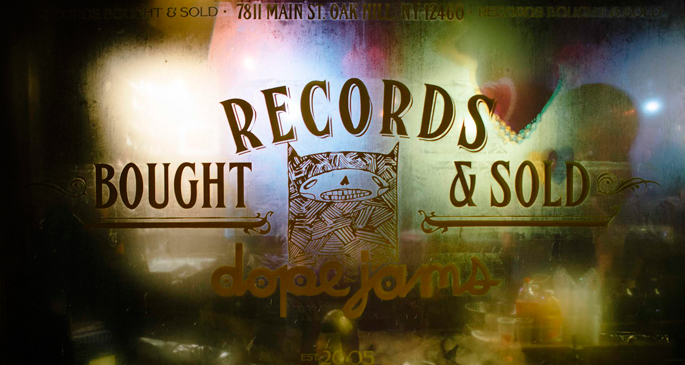 Every month Slow to Speak will be rounding up the best new 12″s around, but for their first column, they celebrate summer (not to mention Dope Jams’ eighth birthday, last week) with a run-down of their favourite under-the-radar summer jams – as well as an exclusive Slow to Speak summer mix, below.

Slow to Speak’s new compilation, Edits: 1999-2014, is out now. You can check some of their past articles for FACT here:

I’m not sure if this was the case throughout all of America, but in Boston this record was already impossible to find only a year or so after it came out. However, I so clearly remember a Friday afternoon in the summer of ’95, a time when CDs were quickly becoming the main listening format and all the major record shops were completely fazing out their vinyl sections. I was in Cambridge in Harvard Square, killing time before I met up with Fran to hit the dance music 12” shops like Boston Beat and Beat Non Stop, and decided to wander into the HMV there. I flipped through some hip-hop CDs and was about to walk out the door when I saw a small stack of about 20 12”s right by the register. I thought “what the fuck, I’ll look through them but there won’t be anything in there,” but as my fingers quickly flipped past the first few records, I suddenly paused and my heart stopped.

In this pile of 20 records, which were the only 20 records in the entire monstrosity of a store, were 8 SEALED copies of the Chantay Savage 12” priced at 99¢!! I had hit the jackpot!! While this record is now probably only a buck or two on Discogs, back in the summer of ’95 in Boston it was some serious trading currency. The rush of a find like that is something that never goes away and that feeling is probably why I’m stupid enough to have a shop selling what is now the least profitable item on the planet.

But beyond all that, this is the ultimate summer jam! The ascending scatting and frantic changes can put a smile on the most miserable of faces (see: Randy Delgado). The ‘Old Skool’ RnB mix on the flip is just as funky and I still can’t understand how it didn’t become a mainstream radio smash.

Released at the tail end of Masters at Work’s tenure, this is one of their finest moments and a proper good night to one of the greatest production units in the history of music. Back in the 90s thru 2000, Masters At Work would create quite a spectacle each year at the Winter Music Conference, throwing the dopest parties and bestowing upon a lucky few hundred the most sought-after bag of their forthcoming 12”s.

At the March 2000 conference the promo bag included this jam as well as the first Elements of Life 12”; we had a portable turntable with us that year and I remember being sunburnt to a crisp and rocking out to both records over and over in the hotel room each day of the conference. Then, after coming home to our weekly party ‘LIFE’ and playing these two records back to back EVERY week thru the summer, it got to the point where upon hearing the first conga loop in ‘El Barrio’ the room would immediately fill with this palpable frenzied tension! Summer Magic.

Shout out to Joe Claussell for this one! We used to listen to this religiously in the offices at Spiritual Life Music in the summer of ’02. The air conditioner was constantly broken, so we would pin back the massive iron shutters and open the windows, but that did nothing: NYC summer air doesn’t move. We would melt into our chairs and this would be blaring on the system and the piano intro would have us hallucinating, floating through a kaleidoscope of colors, only to be brought back to the miserable heat-induced reality by the stabs right before the percussion comes in. This song encompasses everything that is special about summer in New York City – the innocence and despair.

To really glimpse both the brilliance and madness of Eddie Palmieri, check out this Loading Video…

;t=7m20s” target=”_blank”>video of him going out of his mind, levitating above the crowd in Central Park in the summer of ’72.

“Pete Rock give it to ‘em!” And give it to ‘em he did. A.D.O.R. stood for ‘Another Dimension of Rhythm,’ and that was exactly where Pete Rock, Premier, Q-Tip and Large Professor were taking people in the early 90s. Absolutely in his prime and on the heels of the best hip-hop song ever (‘Loading Video…

;feature=kp” target=”_blank”>They Reminisce Over You‘), Pete Rock produced this unknown group and created the summer club anthem of ’92 with his signature hard hittin’ drums, funky horns and improvised ad-libs! The Chocolate Boy Wonder was the master of Loading Video…

;feature=kp” target=”_blank”>feel good music with balls and this is no exception.

Compressed Light, the debut album Chris Brann released under his P’Taah alias, is one of my favorite summer records ever. When this album came out, I couldn’t put it down. Looking back on it now, it’s one of those perfectly timed albums, with all the right elements twisted just enough to make it original.

Filled with Brann’s characteristically perfect chords, ‘Flying High’ in particular will always remind me of taking the ferry from Boston to Provincetown on the Cape to go to the beach, where I can still see the seagulls flying above the boat as we pulled into the dock. I want to thank Chris Brann for making those rides that much more enjoyable.

Back in the 90s, Eric Morillo was a hit machine. When you look at the list of records he produced, it’s mind blowing. Obviously, there’s a serious dip in quality beginning with his Subliminal output, but what the hell does he care? He has his own private jet!

With a list of bangers as long Morillo’s, it would seem to make sense if one or two of his best works went unnoticed. That seems to be the case with this record. ‘Getting Me Hot’ is one of, if not THE, best track he’s produced, and somehow it has mostly gone under the radar. The fact that this record is available on Discogs for only a few bucks while people are paying $100 for some boring house track is beyond me. Not only is it the best summer party rocker on Strictly Rhythm, it’s also one of the ten best records in their entire catalog. Not once have I seen it fail on the dance floor.

If you were living in the Boston area in the early 90s and into dance music, you knew about The Loft on Stanhope St. As far as legendary clubs in Boston go, this has to be at the top of the list. Like a lot of clubs at that time, it had a straight night on Fridays and a gay night on Saturdays, both of which are legendary for different reasons. On Fridays, the first floor catered to house heads, while the second floor had more of a rave vibe. They would pull 900 people thru the doors on any given Friday night, and if you ever had the privilege of being there you would know that they should not have let so many people in. There was an office beneath the dance floor and if you were down there at peak time you could see the wood beams bending from all the people dancing.

Every single Friday night for two years in a row, I took the train from Ipswich to go to that club. There was nothing more exciting than getting in that line outside the entrance. Back then guest DJs were few and far between and that was OK since we followed resident DJs. On one special night, they had a guest DJ on the first floor, where I spent most of my time. That guest was King Britt. He played a dope set of house and slightly more spaced out records. The peak track of the night was, without a doubt, ‘Meltdown’. Everyone who was there that night tried to ID it and from that moment forward it became a Boston/King Britt classic. Thanks for the memories, King!

Is there a more quintessential summer record than ‘Fight The Power’? I’m sure there are some, maybe a Beach Boys tune or Bananarama’s ‘Cruel Summer’ but as far as hip hop goes this is the one that laid the groundwork. Thanks to Spike Lee’s now classic Do The Right Thing, this record will forever embody summer in the late 80s/early 90s in Brooklyn. How could you forget the opening credits with Rosie Perez dancing in front of the iconic brownstones of Bed-Stuy, or those heated arguments at Sal’s Famous Pizzeria? Or how about the infamous ice cube scene? Never mind the white guy in the Celtics jersey stepping on those Jordans! (Yeah, that one stuck with us Boston boys!)

‘Fight the Power’ captures the feelings of those times – the anger, the struggle and the actual belief that things could be better. Unfortunately, we are now living in a time where everything is a big deal but there is no action. Spike Lee and Public Enemy came together at the perfect moment to make people see what was wrong and sometimes beautiful about that moment in time. It is their greatest work, and to be living when it happened and experiencing it as something totally new was mind-blowing.

Page 1 of 9
Tags: Dope JamsSlow To SpeakThe month in house and techno