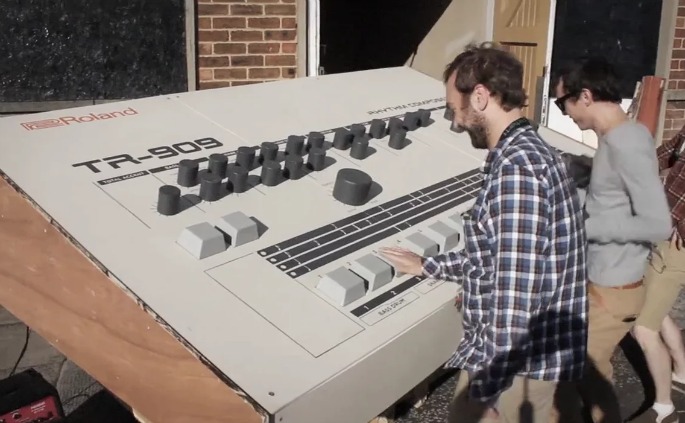 How to improve on the Roland TR-909, the iconic drum machine that’s been a bedrock of dance music for nearly three decades?

Make it six times bigger, of course. Edinburgh arts collective Ray have knocked up a nine-feet-long playable replica to celebrate 30 years since the instrument came on the market.

The buttons feed into a TD-12 drum brain which in turn sends MIDI data to an Aira TR-8, so that when it’s played the sculpture bangs out rhythms while also relaying MIDI date to a projection system, creating intricate synchronised visuals (sadly not seen in this video).

The nine-foot machine will be at Green Man festival in Wales this weekend before heading to Bestival on September 4 to 7. Watch it in action above and find out more from Ray’s Tumblr.

Check out a real TR-909 being put through its paces in Mumdance’s studio and find out more about Roland’s recent revival of the classic machine. [via Music Radar/RA] 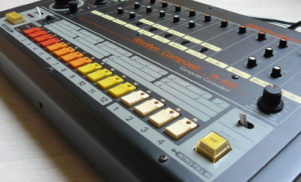 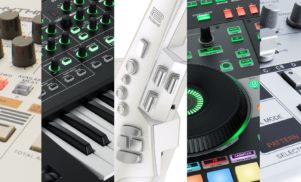 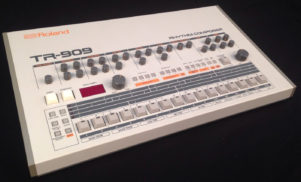 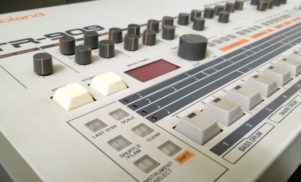 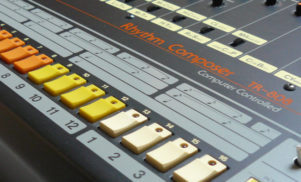 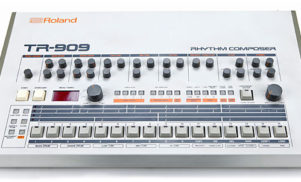