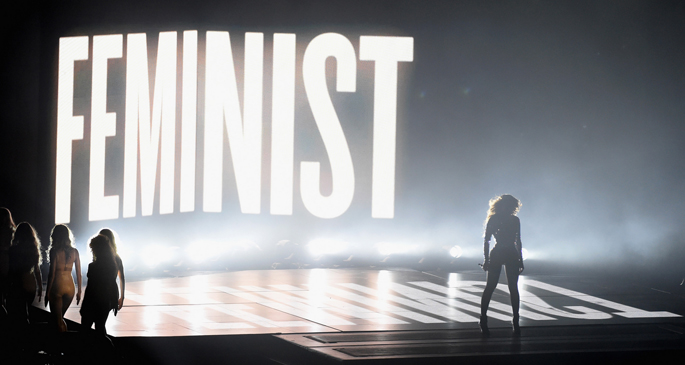 Love them or hate them, you can’t deny that MTV’s Video Music Awards are always the source of at least some entertainment.

This year’s event was no different, and even though the run-up to the 2014 VMAs was marred by the tragic shooting of ex-Death Row CEO Suge Knight, the nights events went off without a hitch. It was, as usual, a glitzy affair, with Wiz Khalifa’s squeeze Amber Rose pulling early attention with her Rose McGowan-style outfit, Katy Perry turning up with ‘rapper’ Riff Raff in a denim clad tribute to Britney Spears and Taylor Swift looking not unlike Jon Heder in Blades of Glory.

Thankfully, there was more to the event than a few sequins, wardrobe malfunctions and some poses on the red carpet – Ariana Grande, Jessie J and Nicki Minaj performed an ambitious medley of recent hits (‘Break Free’, ‘Bang Bang’ and ‘Anaconda’), Miley Cyrus had an ex-homeless man from LA receive her award and speak about the epidemic of homelessness in America and Beyoncé stole the show with a decidedly “feminist” performance. If you need any proof, just take a look at the adorable video of Blue-Ivy Carter dancing along to ‘Flawless’:

Chicago rapper Common used his time at the awards to say a few words on the terrifying (and ongoing) situation in Ferguson, Missouri, and asked the audience to engage in a minute’s silence in memory of Mike Brown, who was tragically shot and killed earlier this month.

You can take a look at the entire list of winners below.

Best Direction: DJ Snake and Lil Jon – ‘Turn Down for What’

Best Visual Effects: OK Go – ‘The Writing’s on the Wall’