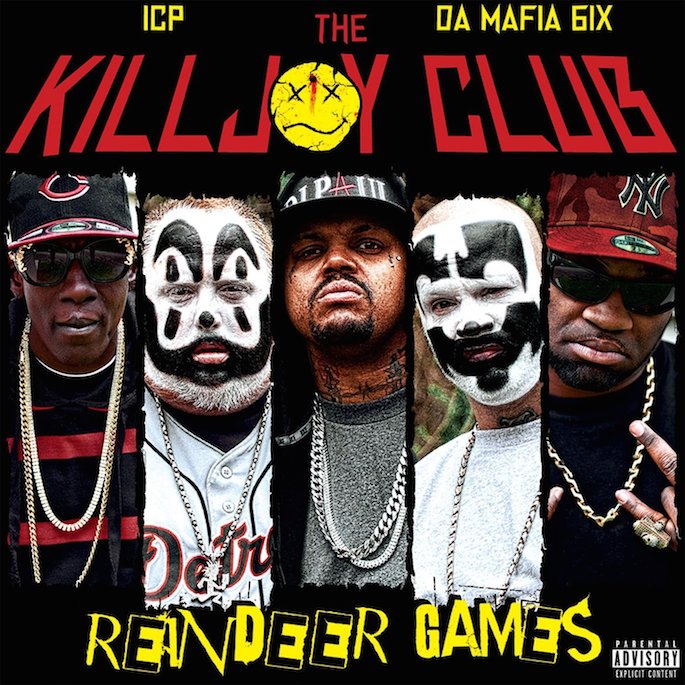 Sippin’ on some Faygo.

Before releasing a proper album (tentatively titled Watch What U Wish), the group has formed a supergroup of sorts with horrorcore cultists Insane Clown Posse called The Killjoy Club and — as much as it pains us to admit — the move makes perfect sense. [Hat tip to Noz]

The group’s Reindeer Games album is available now. Listen to ‘Panic Mode’ below and watch Da Mafia 6ix perform at the Gathering of the Juggalos — which still can’t top DJ Paul’s SXSW performance.