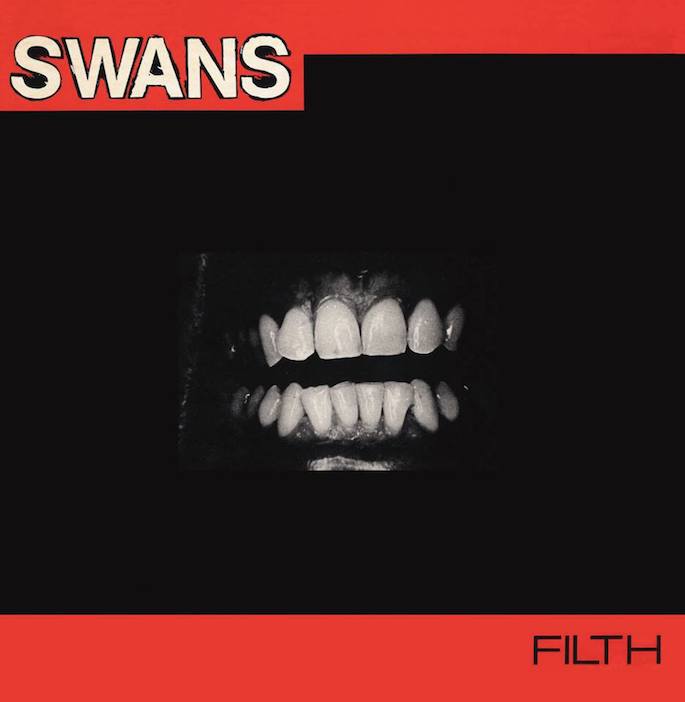 The first album by the no wave legends sees new life.

Michael Gira and Swans established their blistering, iconic sound with the 1983 release of debut album Filth, and while the album was repressed in 1990 by Gira’s Young God and released as part of a CD release in 2000, it has been out of print for some time.

Until now, that is: Filth has been re-mastered and will be re-released on vinyl by Young God. The album will be signed by Gira and comes with a two-sided poster; it’s due out on October 28.

For more on the album, read Gira’s illuminating blurb below and pre-order via Young God now. Going strong since their 2010 revival, Swans released To Be Kind earlier this year.

“This is all slabs of sound, rhythm and screaming/testifying. What more do you need? In a way, it was a reaction against Punk (and just about any other music you can think of), and the conservative notion that 3 chords were somehow necessary. I used to deny it vehemently at the time, but No Wave (I “hated” that scene too, for some reason I can’t remember now) played a big role as the germ from which this music grew, along with The Stooges and Throbbing Gristle, of course. I wanted Swans to be “heavier” though – I wanted the music to obliterate – why, I don’t remember! I think it just felt good. Live, we used two basses (playing utterly unmusical chords that were stabbed and left to sustain or sometimes hit in staccato or opposing rhythms), drums, a “percussionist” that slammed down on a metal table with a metal strap, crude cassette loops of various sounds/noises (usually some kind of undefined ROAR), and Norman Westberg’s glorious sustained and screaming guitar chords. It was pretty elating to play live – for us. If 100 people showed up (which would have been a huge audience at the time – 20 was more the average), 80 were guaranteed to leave by the second song. Somehow that tension – contempt or indifference from the audience – was nourishing, so we kept going.