Lists I By Paul Nickerson and Francis EnglehardtI 24.09.14

“This is the perfect track to scare little kids with”: Slow to Speak’s month in house and techno 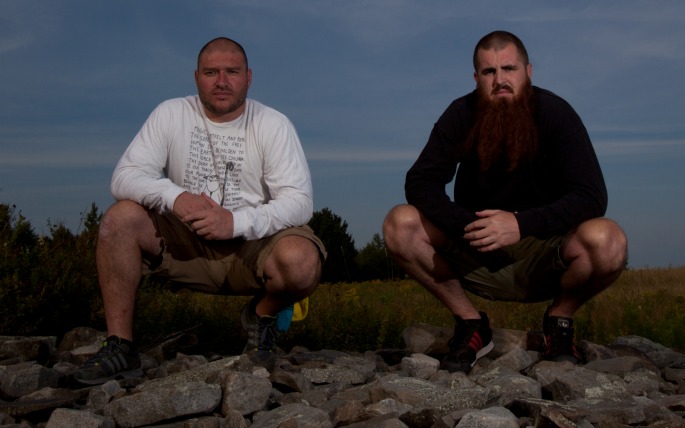 Every month, Slow to Speak will be rounding up the best new 12″s around – or at least, that’s the plan. In case you haven’t noticed, these dudes march to the beat of their own drum – so stuff from other years and genres invariably features alongside newer club-ready material. Head to the next page to peruse their picks. In the meantime, their recent mix for NTS Radio is below.

This track sounds like it is haunted by the ghosts of St. Paul’s Cathedral. The breaks in this track are what I imagine it to sound like as they open the towering wood doors while the voices are sneaking their way up through the floor from the crypt. Light a candle for a loved one because once those doors are shut the lights are out and the voices take over there is a good chance you won’t come out with your soul…

I heard this played perfectly recently and hearing it now still gives me chills. We recently played at the Sub Club in Glasgow and Domenic Cappello restored my faith in both club nights and DJing. He has been doing the Subculture party with his partner Harri every week for 20 years, so I shouldn’t have been surprised that he knows how to open a party, but hearing someone do it properly is such a rarity that it really fucked my head up. There were probably about 25 people in there the first couple hours, and he floated in and out of the most beautiful mid-tempo deep tracks I had heard. It was as if he wasn’t even playing for the people there, he was playing for the walls of the room, cleansing them and preparing them for the night. It was such a lesson in setting a mood. Thanks Dom!

MONO JUNK
‘With You’
(Forbidden Planet)

So after a little research, it seems that Mono Junk has been producing since the early ’90s. One of Finland’s techno pioneers. Well, I have to be honest and say this is the first I’ve heard of him. This is what I love: a new artist’s catalogue to dig through! This is one of those tracks I can’t get out of my head. No matter how hard I try, it sits in the back of my head. The keys are retarded and it’s really only good for about a minute but it will stay with you all day and nowadays I’ll take what I can get. I’m like a junky in need of a fix without a drug dealer. That’s what it feels like to listen to records right now. I had hopes of finding new records on our recent trip to the UK – unfortunately it was just all the same shitty records we hear from the distributors here. Just another sign that the Internet ruined everything.

As the weather starts to get cooler and the sun sets a little earlier, the mood of the music we want to listen to naturally changes as well. The beauty of the seasons changing is that we can change with them. For two mins this is the perfect track to scare little kids with. It is the ghost under your bed or the monster in the closet. This is what I imagine parties in Detroit to sound like.

This from the new Goat album Commune.  It is 21st century pagan ritual music. Trance-inducing. It feels like what you would think it would be like to hear Harvey DJ after reading all the articles, but the real thing never comes close to delivering. Throw this on and realize God is talking to YOU!  Absolutely essential.

Baby Ford maintains his relevance 25 years on. He captures the mood of the title perfectly, that heart wrenching feeling of having to move on when a relationship is over and feeling crushed but knowing you can’t let it destroy you. The perfect autumn record.

This is the latest release on the Sequencias label out of NYC. D’Marc Cantu has dropped a couple other 12″s on here, but this is by far his and the label’s finest release yet. It sounds completely contemporary, the kind of shit that should be getting made with electronic music NOW. Yeah, he can make some dope jak tracks, but with songs like this he shows his complete grasp of relevant sounds and structure. This is exactly what you imagine should be all over store shelves with the amount of equipment and technology out there now, but somehow isn’t. 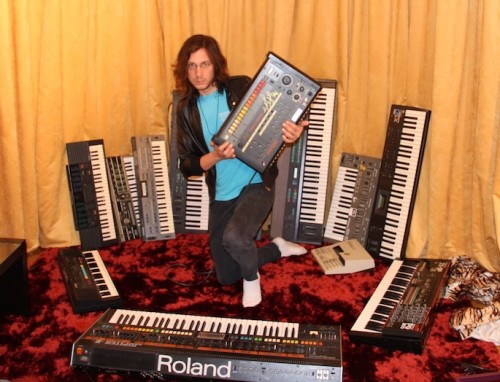 Legowelt joins forces with Cliff Lothar on this track. It’s reminiscent of the work with Xosar, but much better produced. This track is a steady rise from the beginning and the drums don’t sound like they are drowning. Legowelt is a monster on the keys, but he could really benefit from some assistance in the beat department. Maybe we can put together a Kickstarter to get some beats from Kenny Dope. That would be sick! Kenny’s beats and Legowelt’s keys. Just imagine!

Page 1 of 9
Tags: Dope JamsSlow To SpeakThe month in house and techno