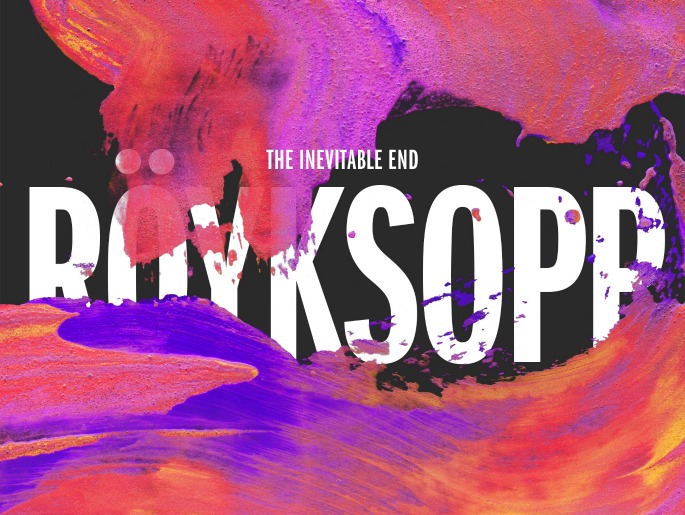 Röyksopp have announced details of a new album, The Inevitable End, which they say will be “the last thing from us” – or at least, the last release in the usual full-length format.

Due out November 11 on Cherrytree/Interscope, the LP sees Norwegian producers Svein Berge and Torbjørn Brundtland move into “darker subject matter, with emphasis on the lyrical content,” according to the press release.

“This candid approach feels very both personal, sincere and conclusive,” they explain. “With this album it became clear we wanted to make an album in a classical sense even if it’s the last one we make… We feel like this is a goodbye to the traditional album format.

“In our consecutive run of albums, we have been able to say what we want to say and do what we want to do with the LP. We’re not going to stop making music, but the album format as such, this is the last thing from us.”

The Inevitable End is Röyksopp’s first full-length since 2010’s Senior and follows their blinding collaborative mini album with Robyn, Do It Again, which came out earlier this year. Robyn appears on two tracks on new record, including a rework of ‘Monument’, a track from Do It Again.

Listen to the dark, electro-tinged album opener ‘Skulls’ below and watch the video for the new version of ‘Monument’ underneath. [via Pitchfork]