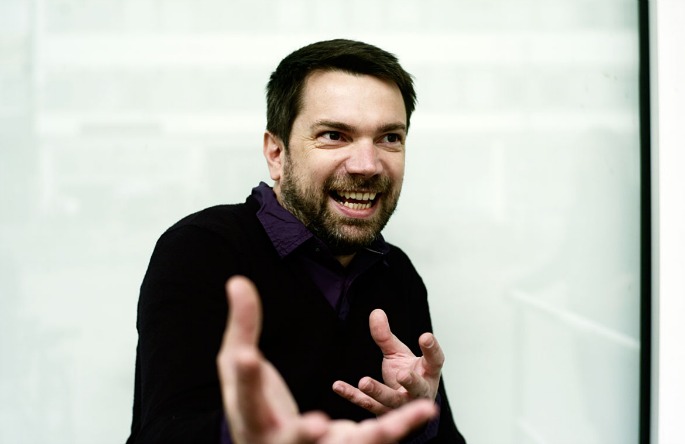 The producer better known as Shed takes on the R&S artist.

René Pawlowitz (that’s him with the magic hands up there) returned to his old school alter ego Head High this summer for the mighty Megatrap EP (which nudged into our Third Quarter Report on the finest recent releases), and now he turns his attentions to a chugging refix of Lone’s latest single, ‘Restless City’, which balances its percussive firepower with a seam of throwback rave dreaminess – stream it below.

The original appears on the Matt Cutler’s 2014 album Reality Testing, which also contains one of the tracks of the year in the shape of ‘Airglow Fires’ and, as FACT’s Angus Finlayson noted in his review, “some of the best music of Cutler’s career.”

The single and remix are out on October 20 on R&S.

Lone is also bringing his live A/V show – a collaboration with Glasgow musician and graphic designer Konx-Om-Pax – to venues around the world this autumn, with a couple of UK dates this month before gigs in Tokyo, Warsaw and even Beijing later in the year. Check out the full list of tour dates below the player.

More Shed goodness: You can now enjoy his score for classic silent horror Nosferatu in sync with the original film.