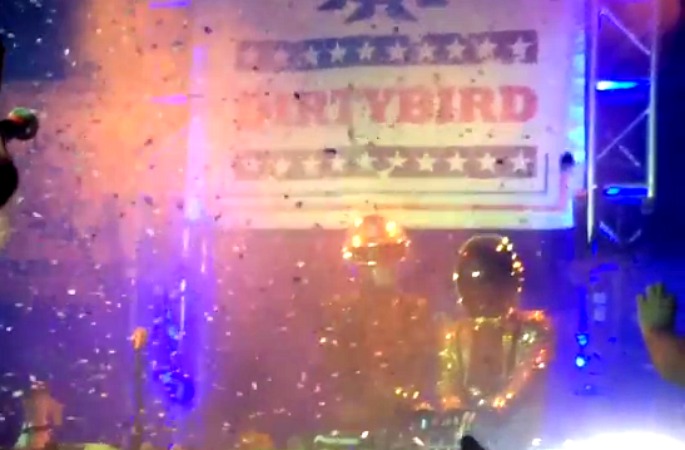 Modelled on a Jamaican sound clash, RBMA’s event pits each collective against each other to show who’s got the heaviest sound system, the best tunes and exclusive dubplates, and the most impressive special guests.

With that in mind, Dirtybird must have thought they’d be dead certs to take home the prize when they brought on rapper Too $hort, EDM big boys Major Lazer and – so it appears – Daft Punk. Or at least two of their mates in Daft Punk’s sequinned jackets and iconic helmets, playing ‘Around The World’. Check out video evidence in the Instagram posts below.

The hilarious part is that Dirtybird still didn’t win – in the end it was Triple Threat who took the crown (no doubt because they dropped Crystal Waters – see the fourth vid down). Celebrity isn’t everything, kids.

The appearance of the robots has also made us question if Thomas and Guy actually show up to these things or if they just send along two stooges in the appropriate headgear, a la DOOM and his mask-wearing stage doubles. Either way, these guys look the part.