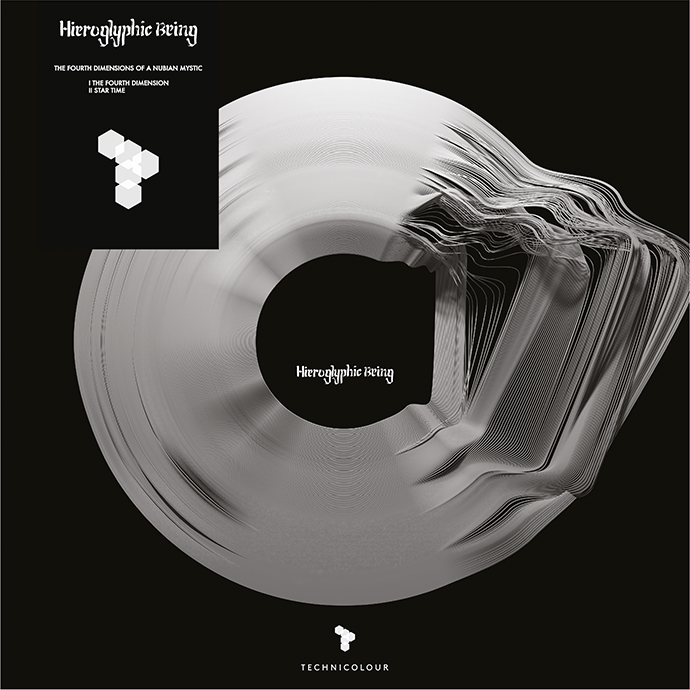 Chicago’s Hieroglyphic Being has never shied from the dual influences of Sun Ra and Ron Hardy, a musical yin and yang that Jamal Moss has often tapped to power his music.

It’s there in his recent album for Planet Mu, The Seer of Cosmic Visions, which came out this week, and it’s also present in a new 12″ for Photomachine’s Technicolour label, The Fourth Dimensions Of A Nubian Mystic, due for release later this month.

The two-track release is composed of the ‘Fourth Dimension’, an 11-minute space odyssey that is described by the label as “where chaos meets order, where Hieroglyphic Being, the self proclaimed Sun God chooses to shine”, and ‘Star Time’, a “murkier peak time love affair”.

The 12″ is a limited vinyl release, only one per customer, and will also be available on digital. The artwork, seen above, is similar to Kutmah‘s recent release on the label.

The Fourth Dimensions Of A Nubian Mystic is due out on October 27, and you can hear the title cut below in all its pulsing glory.