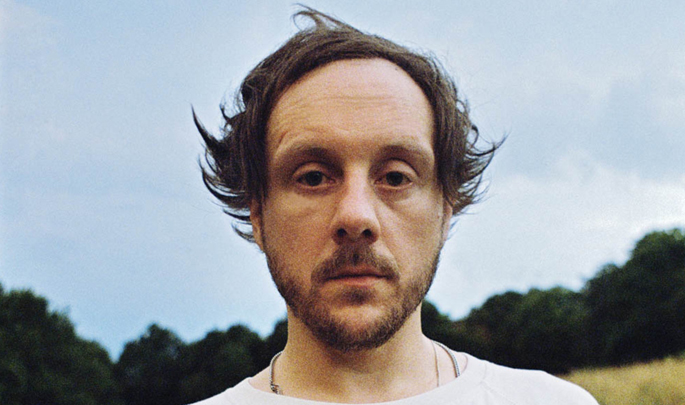 There’s a track on my latest album KOCH called ‘Oneiric Contur’, which alludes to the fabric of a dreamlike state.

The term ‘oneiric’ is lifted from film theory, and is perhaps most clearly explored in Hans Richter’s 1947 surrealist film Dreams That Money Can Buy, where seven different dream sequences are used.

Conversely, my interest in the representation and construction of imaginary space stems, in part from my listening and research into Musique Concrète, Computer Music, Electroacoustic Music or more broadly and generally, Acousmatics (to hear sound without seeing the originating source).

The ‘oneiric’ can be found in the sleep state, mental illness, the hallucinatory, science, the quantum, memory… ‘Dream’ is also intrinsically linked to time and duration. With that in mind, here are nine pieces of music that could be said to each display something oneiric in their nature.

This is one of my favorite works of classical Musique Concrète. I was first played this in a lecture on Electronic Music by Dr. John Dack (co-translator of Pierre Schaeffer’s À la recherché d’une musique concrete). I wasn’t told what it was — and of course — thought it sounded like a location recording.

The title translates as “Almost Nothing,” which could suggest the composer’s input on the work. It is in fact a layered, edited, cleverly constructed, hyper-real version of the sound of daybreak in a small village in Yugoslavia. This imaginary, reconstructed place, now preserved, to be played again and again much like a recurring dream.

As a kid, in a music lesson in school, I remember not liking the music too much, but being very taken by at least the idea of Gustav Holtz’s 1914 suite The Planets. Since childhood I have retained an interest in the cosmos. There is something inherently imaginary about space, the cosmos, the planets, and the universe. We can only really understand and infer on much of its mystery by mathematics and imagination.

Sleep and its cycles are pattern-based phenomena. Organic life has adapted to different conditions all over the planet to develop rhythms to sleep to. Patterns, not necessarily geometric ones, but recurring themes, colours, or happenings re-occur in our dreams. Hallucinogenic structures seen under the influence of DMT and other psychoactive drugs are often highly elaborate fractal patterns.

There’s an undoubted dreamlike-pattern-like quality to this Feldman work from 1985. Feldman was inspired by and wrote works around pattern structures. There is something akin to a maze here: If you allow yourself to listen in full, I think the work ends up making you feel in stasis and also in movement simultaneously.

For me, the overall structure of Piano And String Quartet feels close to the structure of a fractal, where each part seems brand new but also repeated.

“The only thing I could recall the morning after the experiment with mescalin was that I had dreamed in a very slowed down time.” — Heinrich Klüver, Mescal And Mechanisms Of Hallucinations

I was flying around. I was a fly. I know flies perceive time at a different rate than humans. They make very astute decisions very quickly. I was able to dodge extremely fast traffic whilst being overly relaxed in flight, with piano music.

Stockhausen’s grandiose ideas for making music are always impressive to me. Many (if not all) of his works are extremely precisely scored and put together. Although his music is serial and mathematical, I find there is still a place for the listener to just explore his works, especially in Cosmic Pulses. The rules are there, but the ability to drift within them is one of the key things about him as a composer. Cosmic Pulses is the last electronic composition by Stockhausen and one of my favourite works by him.

“So serial thinking is something that’s come into our consciousness and will be there forever: it’s relativity and nothing else. It just says: Use all the components of any given number of elements, don’t leave out individual elements, use them all with equal importance and try to find an equidistant scale so that certain steps are no larger than others.

It’s a spiritual and democratic attitude toward the world. The stars are organized in a serial way. Whenever you look at a certain star sign you find a limited number of elements with different intervals. If we more thoroughly studied the distances and proportions of the stars we’d probably find certain relationships of multiples based on some logarithmic scale or whatever the scale may be.” — Karlheinz Stockhausen

“Each song title is a reference to a hallucinogenic drug. According to John Balance, the premise behind this release is that hallucinogens act as time machines – they can conjure up histories of yourself and/or act as predictors of the future. In any case, they can remove you from ‘temporal reality’.”

This album will always have a very odd and dreamlike and hallucinogenic resonance with me. I first listened to it from start to finish, laying down half asleep/half awake during the afternoon of September 11, 2001. Shortly after, I switched on the television and was jolted into another questioning of my reality, as news of what had happened in New York that day materialized via several news networks in front of me.

‘Time’ or more specifically ‘duration’ in what could be described as the ‘oneiric’ state is something outside of the every day. Drone music, or music without a recognizable pulse, can help to encourage the listener to slip outside of the omnipresent clock of the real world. Sleep is drone. Sleep is hallucination. Sleep is time altered.

Here, La Monte Young plays with time and pacing in a piece spanning five hours. I think when music is allowed to extend its durations from the expected lengths (perhaps normalized by the market: CD length, vinyl length, cassette length) it can advance outside of itself.

Günter’s works during the late ’90’s explored an odd micro/macro space. The sound objects they are made from are imaginable as either large objects and/or microscopically small things, simply amplified perhaps. Otherworldly acoustic spaces are created where the implied physical weight of the objects are difficult to decipher. You are drawn in by the minutiae of detail. These works are really a descendant of Ferrari’s Presque Rien No 1, only here the imaginary landscapes are entirely fabricated.

During this period, Günter also implemented the term “DIM” (an acronym for the French phrase “Duree, Ici, Maintenant”: Duration, Here, Now). This is a concept of time based upon our subjective perception of the present moment, our ‘now’. Neurological research suggests that our perception of the present lasts for around three seconds; everything else is memory or anticipation. Around 1998, Günter began measuring the duration of all his works in these three-second “DIM” units.

A completely amazing piece of tape music from the mid-1970s, composed over several years. From the liner notes: “Red Bird is both a piece of music and an allegory of political oppression. It uses the sounds of birds, animals, words (“listen to reason”), & mechanisms, which are ‘orchestrated’ & transformed into one another.”

Red Bird takes the listener on some kind of mental projection from the point of view of… a prisoner perhaps? The work’s most predominant dreamlike qualities for me are those moments of transformation in dreams, where one moment you are in a familiar place, and then something or someone unfamiliar joins you. Or where, perhaps you can fly or do something impossible in real life.

The whole work is composed around different types of extraordinary sound morphologies from words, birds, real world sounds and abstract acoustic spaces. As in a dream, it feels possible here to drift into unknown territory as you allow yourself to be chaperoned by your subconscious.