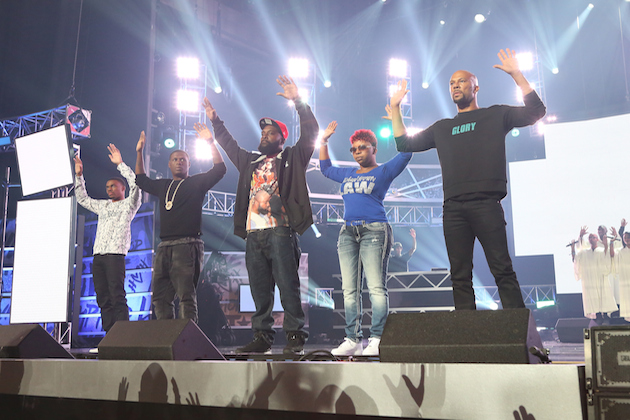 Last night at the BET Awards in Atlanta, Common, Jay Electronica and Vince Staples brought on-stage the parents of Mike Brown, the teenager who was shot and killed in Ferguson, Missouri this August.

In a touching, suitably uncomfortable moment, the ‘Kingdom’ remix performance ended with all performers and audience members’ hands raised in complete silence. You can watch footage below.