Supermodel Cara Delevingne has recorded her debut single with Pharrell 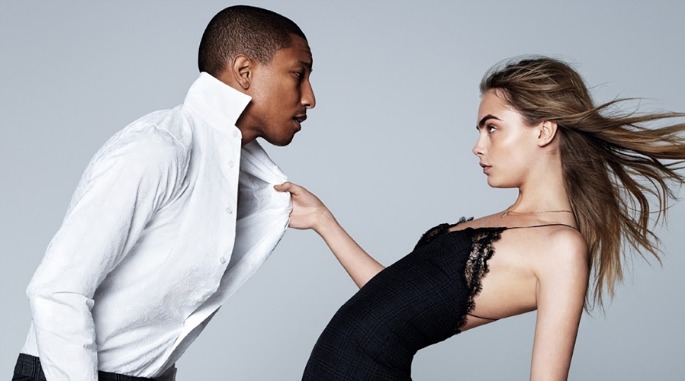 British supermodel Cara Delevingne will be hoping to overturn decades of evidence that catwalk icons make for terrible pop stars (Naomi, you thought we’d forgotten) with the imminent launch of her music career.

Handily, she’s got Pharrell in her phone book, so she’s given the unstoppable hit-maker a buzz and got him into the studio to record her debut single. The pair are said to have spent last week in Paris filming the video for the new track after eight months of writing music together.

“They’re going to release the song without warning, complete with video and global launch,” a typically anonymous source told The Sun. “They seem to have formed a great little writing collective and apparently it’s a huge song.

Pharrell had hinted at the collaboration at this year’s Brit Awards, saying: “I think what people should probably focus in on, versus these specific projects, is on her, her spirit. And what she’s up to next. Trust me. Because the films only get better, the parts only get bigger, the music only gets better, the modelling only gets better. But the spirit is becoming refined. She’s becoming refined, so it’s another chapter in her life.”

Pharrell released his second solo album, GIRL, earlier this year – a deep disappointment to FACT’s Chris Kelly. The hat fan did write most of the best pop music of the noughties, though. [via Telegraph]