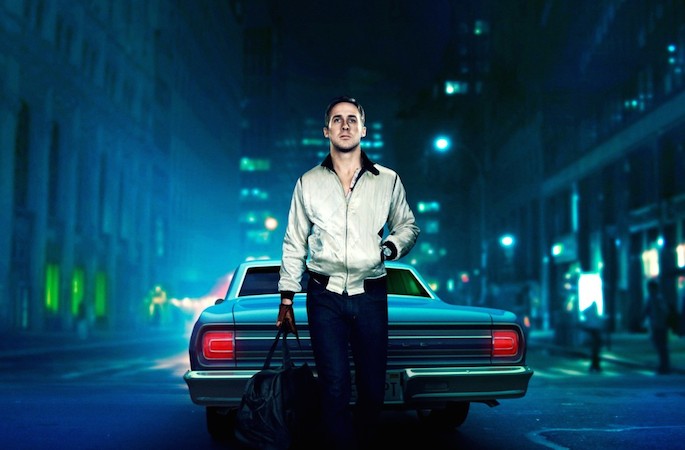 Next week, BBC Three will broadcast Nicolas Winding Refn’s Drive, but fans expecting to hear Cliff Martinez’s score and songs by Chromatics, Desire and College will be sorely disappointed: this version of the film has been re-scored with a soundtrack curated by Radio 1’s Zane Lowe.

“Honestly, this is the most exciting thing that this show has ever been involved in,” says Lowe. “It’s the most ambitious, awesome thing we’ve ever done. We’ve been working on it all year and we’re super-proud of it – you don’t want to miss this!”

Nicolas Winding Refn adds: “I consider it a great honour that my movie Drive inspired so many wonderful artists to come together and create one ultra-cool glam experience.”

The film airs on Thursday, October 30 at 10pm on BBC 3; check out the trailer below, as well as the artwork for Zane’s take. Along with a variety of OST releases on vinyl, Drive was also the inspiration for Symmetry’s Themes for an Imaginary Film — Johnny Jewel’s unused score for the film.

Update: It appears that Zane Lowe has been watching the online response to his terrible idea and has decided to give his side of the story. In a series of Tweets documented by the brave folks over at the NME, Lowe said that “no-one is trying to improve” the original soundtrack, and that his version “comes from a place of respect.” He went on to add, somewhat defensively “it is a parallel experience that you can choose to watch or not,” before signing off with “That said, it’s really really good.” 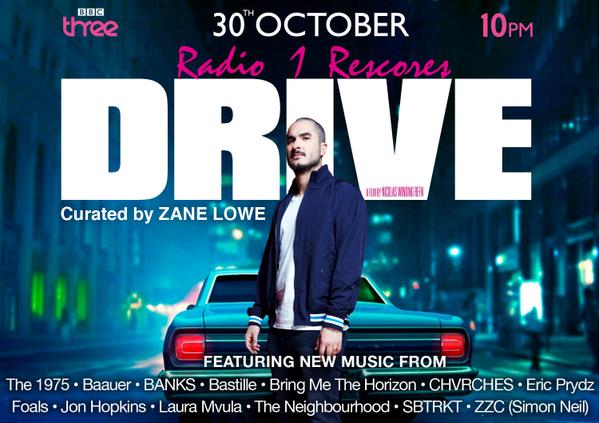