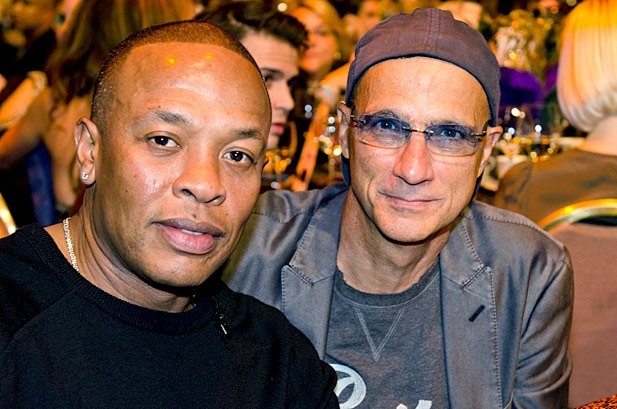 The bajillionaires are keeping themselves busy.

After the success of Beats, recently bought by Apple for $3 billion, Dr Dre and Jimmy Iovine have turned their attentions to the next generation of entrepreneurs with the launch of a business academy at the University of Southern California.

The boldly titled USC Jimmy Iovine and Andre Young Academy for Arts, Technology and the Business of Innovation features an interdisciplinary curriculum designed to “inspire, challenge, and satisfy the curiosity of the next wave of game-changers,” as Iovine told the Wall Street Journal.

“We wanted to build a school that we feel is what the entertainment industry needs right now,” he said. “There’s a new kid in town, and he’s brought up on an iPad from one and a half years old. But the problem with some of the companies up north [in Silicon Valley] is that they really are culturally inept. I’ve been shocked at the different species in Northern and Southern California—we don’t even speak the same language. The kid who’s going to have an advantage in the entertainment industry today is the kid who speaks both languages: technology and liberal arts. That’s what this school is about.”

One of the academy’s freshman students has described a day in the life to Hypetrak, saying it typically consists of “analyzing the practices of innovative companies, learning my way around Adobe After Effects, building a 3D geometric cardboard model using Adobe Illustrator and a laser cutter, and working on a PowerPoint slide deck for a potential product.”