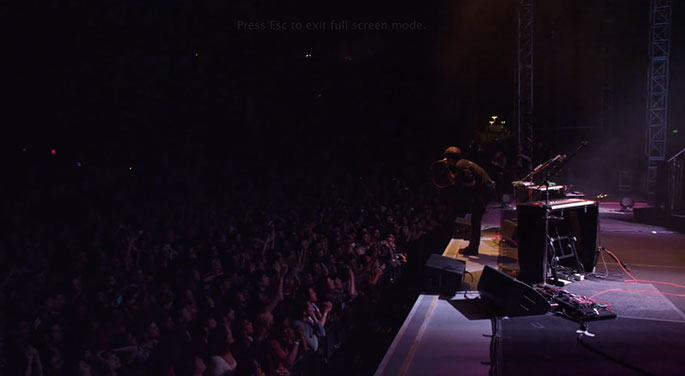 “This song is for anyone in the audience who had their heart ripped out of their chest, thrown on the ground, and stomped on.”

Later this month, Seattle’s Sub Pop is releasing Everything Will Change, a concert documentary of The Postal Service‘s 2013 reunion shows at the Greek Theater in Berkeley, California.

As a taster of what the release holds, the label has uploaded the performance of ‘Nothing Better’ to YouTube with Ben Gibbard and Jenny Lewis engaging in some on stage acting to the song’s lovelorn theme, so much so that by the end of it they can’t keep up a straight face. [Via Stereogum]

The DVD release is out on November 24 via Sub Pop.

The Postal Service’s Jimmy Tamborello, aka Dntel, delivered a FACT mix in October this year.