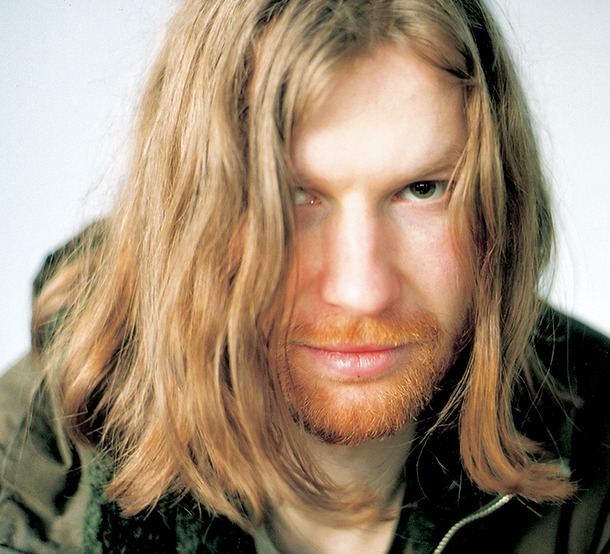 The second part of the epic Syrobonkers interview contains more goodies than even the fiercest stan could have hoped for.

Aphex Twin has shared more than 30 previously unreleased tracks, including dozens of studio experiments on his modular synthesizer and early versions of Syro tunes, in the follow-up to last week’s interview with blogger Dave Noyze.

Among them is a collection of over 20 completed tracks made about 12 years ago on Buchla and Serge modular synthesizers, which Richard D James aptly describes as “a fucking racket” – listen below and download it from Soundcloud.

He’s also shared outtakes from his orchestral performances at the Barbican and with the ‘remote control orchestra’ in Poland, saying: “I really need to mixdown the others as they friggin amazing if i dont mind saying so myself, esp krakow pendulum piece which turned out way beyond my highest expectations, i felt god or someone was helping me out there, maybe it was just my amazing crew!”

As well as that there are several experiments on a Roland System 700 and a demo version of Syro track ‘CIRCLONT6A [141.98][syrobonkus mix]’. Aphex also goes in-depth on all the equipment in his studio and shares dozens of photos of his gear collection – read the full interview on Noyzelab.

And yes, we’ve seen that “I’m not really Aphex Twin lol” bit at the end – but we’re pretty certain that’s just a bit of AFX pranksterism. (Who else would have all those demos and photos at their disposal, or want to talk at such length about the inner workings of a modular synth?)

Last week’s haul included a bunch of tracks supposedly made by his five-year-old son. Check the rest of Aphex Twin’s Soundcloud and browse FACT’s countdown of the 50 best Aphex Twin tracks.