Lists I By Paul Nickerson and Francis EnglehardtI 11.11.14

Why Syro sucks: Slow To Speak’s month in house and techno 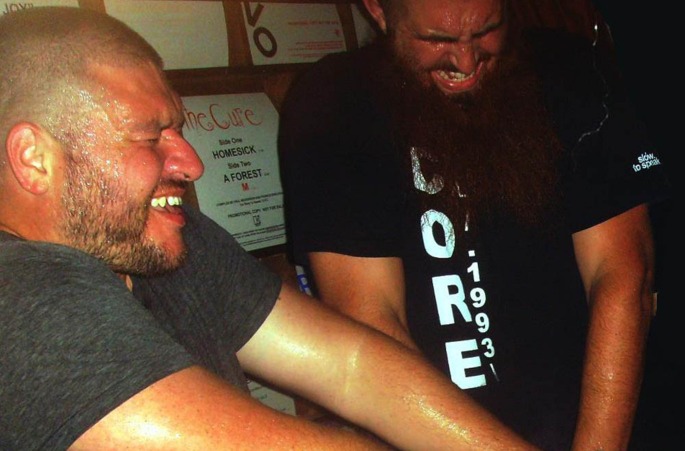 Every month, Slow to Speak will be rounding up the best new 12″s around – or at least, that’s the plan. In case you haven’t noticed, these dudes march to the beat of their own drum – so stuff from other years and genres invariably features alongside newer club-ready material. Head to the next page to peruse their picks – and peep below to enjoy timelapse footage of the store’s recent Halloween party, featuring roaming wizards and some sterling ersatz cobweb work.

For the past 20 years, Ian Pooley’s music has had no shortage of balls (Loading Video…

#t=274″ target=”_blank”>‘Celtic Cross’ can attest to that). Yet on ‘Floris’ he takes those mechanical hard hittin’ German drums and lays the most beautiful tragic keys on top with a synth line enticing you to walk down that stairway into Pan’s Labyrinth. Magical, otherworldly music. By far the dopest record he has ever made, as well as the best Innervisions release in awhile!!!!

Amazingly, this is the LP version from Jennifer Hudson’s latest album J-HUD. This sounds exactly like the record we all wish Timmy Regisford could make!  Fortunately, there are no hi-hats slamming in 3/7th of the way through the 2nd verse accenting absolutely nothing, nor does the production sound like it was done on Windows Zune phone with a cracked version of Cubase. Beyond all that, the vocals are actually in time with the music! Produced by Terry Hunter, the man behind the early UBQ Project classics like ‘When I Fell N Luv’ and ‘We Can Make It’, this is reminiscent of when Masters At Work were in full swing in the late ’90s and turning out dope house mixes for R&B stars like Kenny Lattimore and Janet Jackson. It’s nothing groundbreaking, but is funky, well produced and what you wish you could turn on the radio and hear! 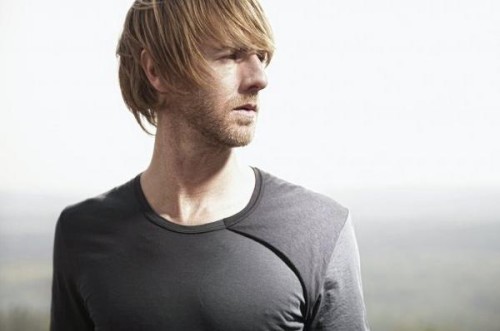 Live recording of ‘Exhale’ from Hawtin’s most recent bastardization of Plastikman! Ironically, this was recorded at Sonar, the meeting of the minds where the trajectory of dance music is established for the coming year by a slew of rich Europeans looking to further monetize a faceless music that was once drowning in emotion and is now a bunch of dipshits in black t-shirts bouncing around in front of elaborate LED projections. Maybe the double negative of Hawtin and a music conference cancelled each other out and produced a positive, birthing this heartbreaking version of ‘Exhale’. However the fuck it happened, we are grateful.  Its available as a free AIFF download from the link above, get it before its gone!

Losing my fucking mind!!! This song makes me want to jump out of my skin. So soooooo so sick!!!! It feels current, yet gives you that same feeling hip-hop gave off in the early nineties, the excitement and life behind both the music and his rap are palpable. Complete synchronicity. I couldn’t have gave two shits about either Kendrick Lamar or Flying Lotus before this, but am completely sold of what they’re both capable of now. Head spinning the black circle.

Funky hypnotic twisted afro-beat party rocker. Feel-good music that doesn’t make a mockery of itself – hopefully Damon Bell isn’t some white kid in Berlin! The kind of record you wished they still played at Body & SOUL.

99.9% of the time there is no reason to remix a classic record. There is a huge difference between an edit and a remix. For years, the music industry has profited from taking a classic and hiring some newbie who wants to be associated with the original artist so bad that they will modernize/bastardize the original. The recent onslaught of Romanthony remixes would be a perfect example. Just reissue the original! However, E.R.P. AKA Convextion AKA Gerard Hanson take the techno classic ‘Storm’ by In Sync and moulds it into a dope new track. He’s managed to keep the feeling of the original and twist it into the perfect soundtrack for a walk in the desert at dusk. This is what I hope that Jodorowsky’s Dune would sound like if it was ever made. I think in this case it shows the artist’s respect for the original and not just some superficial desire to try to be linked to someone. Electronic music for snake charmers!

RECOMMENDED HAUNTED HOUSE! This is a Hallowe’en party rocker. This would have been perfect for the parties at Dope Jams in Brooklyn. Just dark enough with vocals to haunt the best parties around. This one should bring the spirits out! Drums that are obviously influenced by classic Chicago house but not just a standard Chicago rip-off, more of a Legowelt rip-off. Maybe this can be the “Legowelt pick of the month”!

For the past month, every time I go on the goddamn internet, no matter where I am, there is another article about the Aphex Twin album. They released the color of the box that the LP will be in. There was an Aphex Twin UFO flying over the pyramids in Egypt. Aphex Twin was reported to be hanging out with Jesus Christ at a coffee shop in your mother’s ass. With all this hype, I was expecting Stevie Wonder’s Songs In The Key Of Life. I mean, you have to hand it to Warp. They got this thing everywhere. Unfortunately, what we got was not even close to Songs In The Key Of Life. It wasn’t even close to Aphex Twin’s best work.

As I listened to this album all, I could think was, “this is what it feels like to listen to a shitty free jazz album”. A string of ideas not connected to each other. There are no songs here, just experimentation, and it’s exhausting to listen to. I have no problem with a million changes in songs and I’m not afraid of experimentation, but that is not what an album should be. An album should show that all the experimentation actually led to something and this leads to nowhere. I’m totally fucking confused as to why people are so scared of songs in electronic music. There are moments on most of the songs on this album that are really dope but it is always ruined by some unnecessary change. A change for the sake of change. Maybe in 10 years, kids will sample the best parts of this album and make something new that will be dope, but for now this album does not live up to the hype. But what ever does?

Eight Aphex Twin Songs I would rather listen to than Syro…

” target=”_blank”>benched ten reps of 220lbs in the same room while Legowelt did this remix. No wonder this thing has some weight to it!