Azealia Banks: “I want to punch the ugly one from Disclosure in the face” 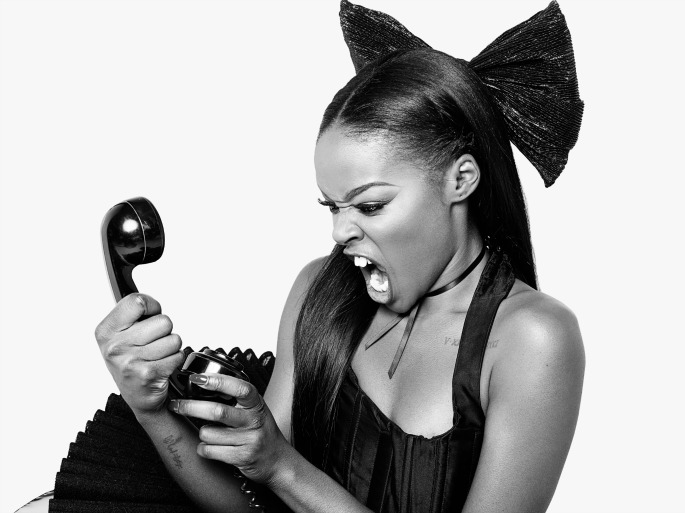 The Harlem rapper still has beef – but she seems a lot perkier.

Azealia Banks has been mouthing off again, speaking to the Guardian about her various spats and feuds in the years leading up to the release of Broke With Expensive Taste, which finally dropped this week.

In the firing line are Disclosure, specifically “the ugly one”, a group she previously fought with over some silly business about Instagramming their aborted studio session.

“I want to punch one of them in the face – the little one [possibly Guy Lawrence, the Guardian notes]. The ugly one. I want to hit him so bad. I saw him at the airport in Australia and I came over to him and I was like: ‘Hello? Like, what are we going to do with this song?’ And he was just being a dickhead. I started crying, I was so angry. I wanted to hit him. I cannot stand that little boy with all those pimples around his mouth. I love their music, though.”

She also explains what happened in her bizarre face-off with the STone Roses.

“I was dating this tour manager, and we stopped dating,” she explains. “I didn’t want to fire him, but I wanted to bring my new boyfriend on tour. So he did something really stupid where he had dinner with the Stone Roses and he made a pact with them to have one of their roadies come on my stage and soundcheck during my set. Whatever. I broke his heart and it was unfair. I kind of deserved it. But don’t fuck with my stage or I’ll kill you.

“Anyway, I’d been looking for [the Roses] all day, and this van comes up and Ian Brown gets out the car, and he’s like: ‘Why you talkin’ about me on Twitter?’ And literally I got this close to him.” She stands up and bends towards me, her face millimetres from mine, and roars: “I’m like: ‘Rarrrrrr!’”

So there you go. Stay well clear. Also discussed in the interview: Perez Hilton and “faggotry”, her improved relationship with her mother, and “creep” Ariel Pink.