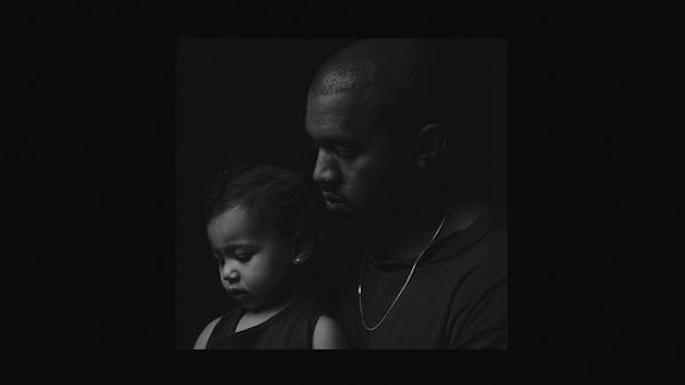 Kanye kicks off 2015 with a song for his daughter.

Happy New Year. Without prior notice, Kanye West released ‘Only One’, featuring Paul McCartney. The song is definitely not the rumored track ‘Piss On Your Grave’: it’s a touching piano ballad for West’s daughter North (aka “Nori”) and it’s quite beautiful.

The song is described in a press release as “the first publicly available recording from what has become a prolific musical collaboration between these two legendary artists.” The two started working together early last year in a small bungalow in Los Angeles with McCartney improvising on keyboards and Kanye improvising vocals.

On ‘Only One’, Kanye maintains that he wasn’t just singing the song, but that his late mother, Donda, had spoken through him. “My mom was singing to me, and through me to my daughter,” he reportedly said.

Head to Kanye’s website to stream the song and read the lyrics or buy it on iTunes.

Update: In an interview with Billboard on January 2, Ty Dolla $ign explains that his voice can also be heard on ‘Only One’, how he spent two days working with Kanye on seven songs and that there is a Ty Dolla $ign, Kanye, Rihanna and Paul McCartney collaboration in the works.