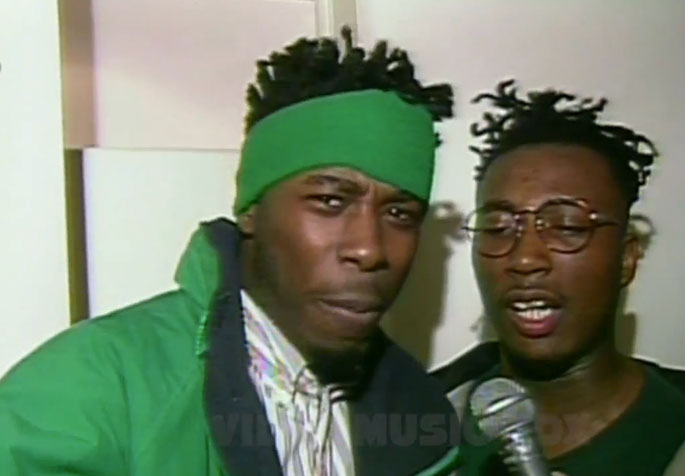 “Dis how we do it, from Brooklyn.”

Video Music Box has been adding footage to its YouTube channel, and the latest is a never before seen freestyle from two young, pre-Wu Tang Brooklyn rappers now known as GZA and Ol’ Dirty Bastard.

The short video has ODB beatboxing and GZA freestyling. The rhymes include some lyrics and interpolations that would later surface on his Wu Tang solo debut, Liquid Swords. ODB for his part is already incorporating his trademark shouts into his beatboxing.

And as a bonus you get a young Prince Rakeem videobombing the camera at the end.

Video Music Box started in 1983 and was where a lot of artists from the 1990s golden era of hip hop made their first video appearances. [Via EgoTrip]