Listen to a previously unheard interview with Tupac and Jim Belushi 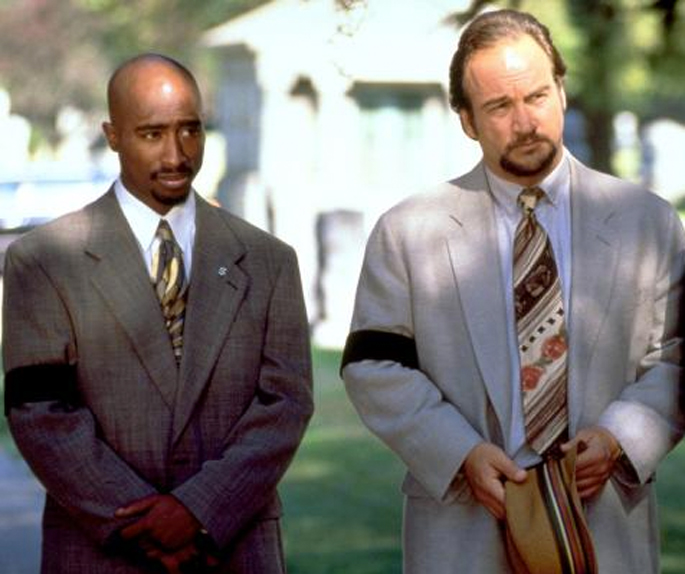 The interview was recorded on the set of 1997 film Gang Related.

A previously unheard interview featuring Tupac and Jim Belushi in conversation with journalists has been unearthed. According to the video’s description, the illuminating 20-minute clip was recorded on August 27, 1996, just three weeks prior to Tupac’s murder on September 13, 1996, in Las Vegas.

Both Tupac and Belushi are extremely candid and relaxed in the interview, discussing discussing their friendship, work methods and a variety of other topics. As you can expect from Tupac, there are a number of quotable moments.

“People ask me what my name means, I don’t tell ‘em like ‘Tupac Amaru.’ But I just say it means determined because I’m determined to never ever negotiate again,” he said.

At one point, Belushi spits his own version of Grandmaster Flash’s ‘The Message’. You can hear the entire interview below.

Earlier this week, it was revealed that the long-delayed Tupac biopic is finally set to start filming. [via Complex]