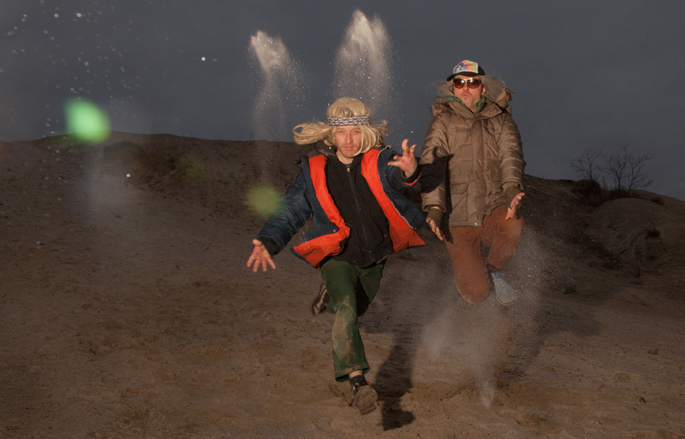 Sure you do – the band became notorious for playing their shows from the pit with audience members moshing around them, and released a string of influential albums on the Load imprint. They were so revered at one point that drummer Brian Chippendale even ended up contributing elements to Bjork’s Volta.

The last Lightning Bolt album – Earthly Delights – was released five years ago, so it’s great news to hear that the project is still breathing. The new album is due to drop in March on Chicago’s Thrill Jockey label, and is entitled Fantasy Empire. So far no clips have emerged, but according to the label, the band have been performing songs from the new album on-and-off for the last four years, to if you’ve been following closely you might already have an inkling as to what it sounds like.

Fantasy Empire will be released on March 24, on CD, 2LP and digital via Thrill Jockey.