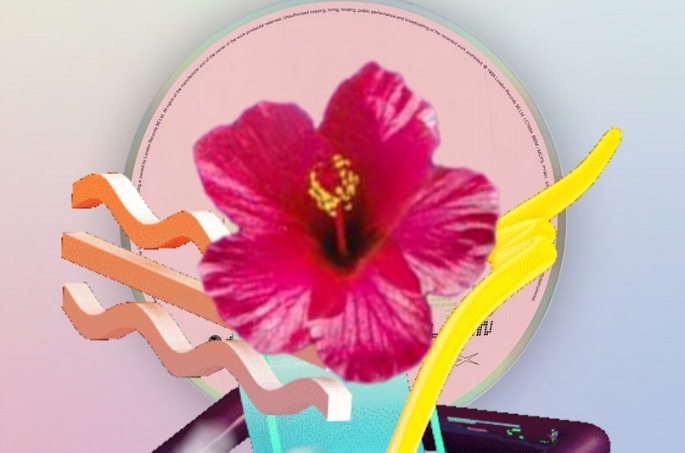 Two of the finest purveyors of weird shit from the underground have teamed up.

We’re getting stuck into this eye-popping multimedia mixtape curated by Olde English Spelling Bee’s Todd Ledford and 1080p’s Richard MacFarlane, featuring exclusive material from the likes of James Ferraro, Torn Hawk and Bryce Hackford – plus a few “mystery” artists – all wrapped up in some amazing visual art.

Starting Gate uses the NewHive platform to host its 22 tracks across separate pages (click the arrows to change track) and kicks off with a tracklist written in an original typeface designed by Ledford himself.

Inside you’ll find a “rock” song by James Ferraro as The Draculas (made during his sessions for 2010’s Night Dolls With Hair Spray on OESB), a premiere from Friendly Chemist’s forthcoming 1080p album Touch Of Jupiter, a new track from Giant Claw (Keith Kawaii of the incredible Orange Milk Records) and tons more – see the detailed tracklist below and dive in.

The curators also hint that “there may be some secret projects and cloaked identities afoot” – BumGarden, anyone? The visuals were curated by Ledford with Katie Raffa of Personal Injury Records, and you can check out all those contributors in the tracklist below.

For more on 1080p, one of our favourite labels of last year, catch up with five of their best records so far.